Hilton Head Island: tears in rain; all the fun; paradise from space; the man in the arena

I thank David for reminding me of the ‘tears in rain’ monologue, which I have quoted more than once, from one of my favorite movies, BLADE RUNNER, and providing a link to an interesting and moving video about it.

I have not watched the film for a long time and soon will again.

In searching for that quote I came across this at the end of THE OPEN BOAT from my now deceased friend, Bob Reed, who wrote in a letter after I had reached Emae Island in what is now Vanuatu after drifting for three hundred miles in a 9’ inflatable, living mostly on six sips of water and half a can of tuna fish a day, “Here I am going to the office everyday and you are having all the fun, lolling around in the nice warm sun in a rubber dinghy for two weeks and not even having to cook.”

I wouldn’t have missed it for the world. 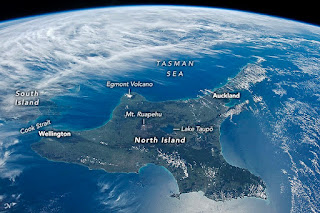 Above is today’s NASA Earth Observatory photo which even without the captions I recognized instantly as New Zealand’s North Island.  The Bay of Islands is hidden by thin clouds toward the upper right corner.

I have published here before what has become known as The Man In the Arena from a speech given by Theodore Roosevelt on April 23, 1910, but it is worth reading again. 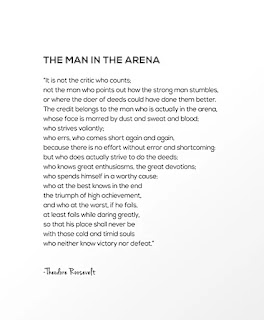 A lovely two anole morning in the marsh.  Blue sky with a few scattered white clouds.  A slight breeze and only 88ºF/31C at noon.  I ate my uncooked oatmeal on the screened porch this morning made comfortable by the overhead fan.  While there I was entertained by not one, but two anoles moving about the deck in search of their own breakfasts.