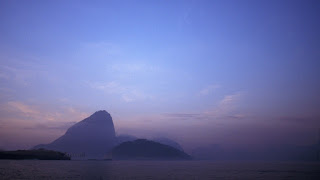 Curiously in the past few days two of you—Michael in Florida and Patrick in Australia—have brought to my attention a quote from Anais Nin, “I must be a mermaid.  I have no fear of depths and a great fear of shallow living.”

I am currently reading David McCullough’s collection of brief biographies, BRAVE COMPANIONS.
From the chapter on Theodore Roosevelt, who was given to depression, “Black care rarely sits behind a rider whose pace is fast enough.”
And from the chapter about the artist of the West, Frederic Remington, who wrote after a perilous canoe trip, “The zest of the whole thing lies in not knowing the difficulties before hand.”

This morning the most viewed article in the GUARDIAN is “Former Facebook executive:  social media is ripping society apart.”
As you may have noted, I do not engage in social media.  I prefer to communicate in more measured ways and believe that the “wisdom of the crowd” is one of the greatest of oxymorons.
Despite its great virtues, the Internet has deified the mob and legitimized begging.
Of the mob I expressed myself long ago.

The world is too much with me.
In addition to the boat yard, there is now the Hilton Head condo and the hoard who have a hand or at least a finger in real estate transactions.
On Sunday morning an unexpected thought occurred to me which may change my plans for 2018.  I’ll let you know if it does.

Sunny and icy in the flatlands,  20°/-6.6°C, with wind chill I am told of 0°F /-18°.  I have to be told because I have no intention of going outside except to empty the trash this afternoon, which takes about a minute.

The photo was taken leaving Rio de Janeiro at dawn fifteen years ago.  A sobering thought.
Posted by Webb at 1:02 PM