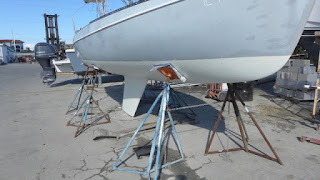 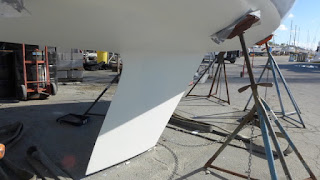 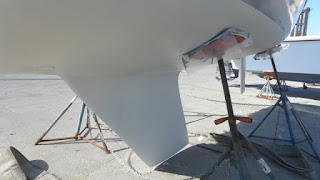 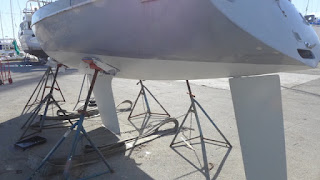 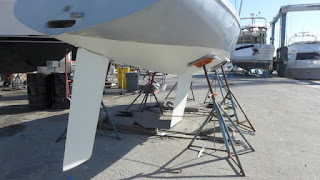 I am back on GANNET in less than two weeks and I don’t even know which direction I am going to sail.  For someone who doesn’t like to do things at the last minute, this is most unsatisfactory.
Sailing small boats alone across oceans is not all that difficult, but it does require focus and attention to detail, and I am very distracted.
The Hilton Head Island condo was supposed to close tomorrow.  It won’t because other people don’t have their acts together.  I am advised that eventually the condo will be ours, but no one can say when.  Life there may be good, but I hate others having control of my life, and I am talented at cutting through complexity.
Don’t buy the condo.  For about what it will cost to renovate the unit, we could buy a better boat than I have ever owned and live aboard in California or sail the world.  Get rid of everything that won’t fit on the boat.  I don’t need possessions.  Hundreds of thousands of dollars saved.  No alligators.  No threat of hurricanes.  And in a world of rising oceans, what better place to be than on a boat?
Well, that isn’t going to happen.   Carol has done her years living on board.  I respect that.  So the pursuit of this condo continues and it, and the incompetence of others, affects my life and plans.
Bob just sent me these photos taken yesterday showing that the little boat is ready to go back in the water.  I thank him and I thank Marathon Boat Yard. Despite my frustration at the delay in getting the estimate and the repair underway, in the end the yard did exactly what they said they would when they said they would.
If the condo sale goes through, I will defer continuing the circumnavigation until 2019 and sail north to Hilton Head where I have arranged a slip for GANNET at the Skull Creek Marina and start coordinating the renovations that we want to make.
If the deal falls through, I will sail south for Panama and then to San Diego, but probably not until after my commitment to be in New York City on March 2.  I am not deliberately being mysterious about this.  I just cannot write about it until others make an announcement.
I could sail to Panama and fly back from there, but that would be complicated.  I want to complete the circumnavigation in one movement, either next year or 2019.  That will require about two and a half months, depending on how long it takes me to transit Panama.
There are those who will say that I am through.  They may be right.  I am seventy-six years old.  I should have been through long, long ago.  Everyone else is.  But I am not everyone else and I am not yet used up.  I have more to do, and it is my firm intention to complete this circumnavigation, time and chance permitting.   You may recall that there were those who said before I left San Diego that I would quit when I reached Hawaii.  That was 22,000 miles ago.
I have also made a commitment to speak at the Chesapeake Maritime Museum Small Boat Festival at St. Michaels, Maryland, in October of next year.  Two commitments in a year is nothing to most people, but wildly excessive for me.
If I do keep GANNET on the east coast, weather permitting, I may sail her up to St Michaels.
I don’t speak in public much anymore.
If you want to see me in person, it may be your last chance.
So, in two weeks I am on GANNET and maybe I will be preparing to sail six hundred miles north and maybe I will be provisioning to sail fifteen hundred miles south.  I am adaptable.  I can do either.  But there will become a time when I say Basta! and cut through the crap.
--------
I made the mistake of suggesting to Carol that for a change we have a ham for Christmas dinner.  I like ham.  The mistake was that although she bought the smallest possible, there are leftovers forever and we are engaged in a hamathon.  Ham and vegetables, ham sandwiches, ham and sweet potato soup—excellent, but there are still about four more bowls each, ham flatbread—also excellent, but also with leftovers of the leftovers.  And I am told ham and pasta is also in our future.
Maybe we should just freeze it and have it for next Christmas as well.
Posted by Webb at 2:22 PM