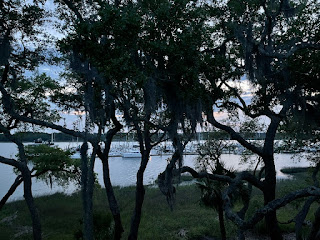 It’s very enjoyable reading about your passages. Thanks as always for sharing.

Excellent news. I also have my boat on the hard for anti-foul, but my boat is about 500 yards away and an easy bike ride from my house (the yard I haul is closer than the marina where I keep her). I am hoping your inspiration will keep me moving to get launched before the week is out.
-Shawn