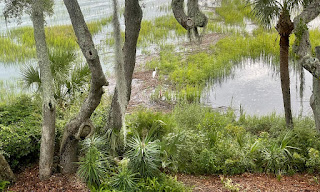 I am sitting as usual at this time of day near our oversized bedroom window looking out on the above.  I think most would agree that it is beautiful.  This place is a version of paradise, if one accepts that paradise may be for a few months overheated.

My observation of conceptions of paradise is that paradise is not the same for all people and that for most it is over the next hill, not where they are.

I saw this most clearly when early in the CHIDIOCK TICHBORNE voyage in the Marquesas Islands, which are certainly one legitimate version of paradise, I was invited into a local home where the teen age son had put up posters of snowy mountains and skiing in the French Alps and was looking forward to being drafted into the French army in hopes he could go there.  I am reasonably certain at that same moment there was a boy in the French Alps dreaming of the Marquesas.

As far as I can tell this condo on Hilton Head Island is the best version of paradise possible for me.  ‘Possible’ is the key word.  Would I rather live in New Zealand’s Bay of Islands?  Of course I would, but that is not possible.  I am far too old to meet New Zealand’s immigration rules, which the last I knew had a cut off at age 55.  I understand the reasons.  But even if it were possible for me to live permanently there, I probably wouldn’t because of the Hiscocks.

Some of you, perhaps most, will know of Eric and Susan Hiscock, who were the best known cruising couple of their generation.  They were English and liked New Zealand’s Bay of Islands as much as I do.  Eminently respectable, they still had difficulties in obtaining permanent residency.  Eventually they did, but when Eric died, I was surprised that Susan soon sold their boat and returned to England.  Now with more age I understand and I would probably not live permanently in the Bay of Islands because of Carol who will almost certainly far outlive me.  Her family is here.  After my death she would be too isolated in New Zealand.  So I am constantly aware and grateful for my not quite perfect version of paradise, which is after all more perfect than I am.

My friend, Grant, on whose mooring off Opua GANNET swung during her time there, has just been sailing in the Bay of Islands and sent me these photographs that bring back memories and emotions of a different paradise.  I thank him for permission to share them with you. 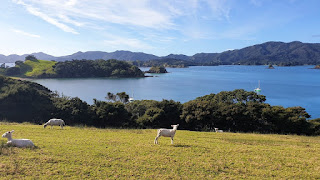 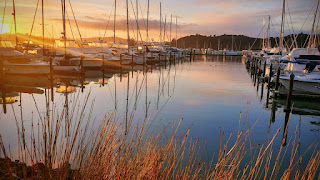 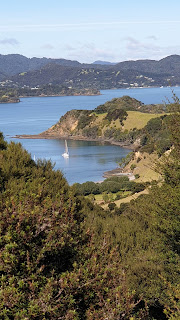 While writing I saw motion from the corner of my eye and glanced up to see a murder of crows landing in the live oak just beyond our deck.  I remembered that there is an unusual collective noun for a group of crows, but confess I had to google to find ‘murder’ which brings a smile.

I went swimming this afternoon in our condo pool.  Once I was a strong swimmer.  My summer and winter jobs in college were as a life guard.  I got married the first time on my then minimum wage earnings of $1.25 an hour, although in the summer we did get the big bucks of time and a half for more than forty hours a week.  And I did make the long swim of twenty-six hours, covering more than 130 miles with the help of the Gulf Stream after I sank RESURGAM; but that was all a while ago and, while still a magnificent animal, I accept that I am not what once I was.  Swimming was awkward, unnatural.  I was a fish out of water in the water.  I will attempt to correct that with more time in rather than just on my natural element.

You may not have noticed a comment on one of my journal entries about Lacklan Morgan.

It includes a link to a video of him and his older brother biking half way across Australia from Port Macquarie on the east coast to Uluru in the continent’s center which I found interesting, even if I do not share some of their humor.  I note that the ride was made eight years ago when they were even younger, and I am of course old.  Still he is original.  And as you may know I have no higher compliment.

I recently wrote that I am enjoying ancient Chinese poems more than contemporary Western, but yesterday I came across two contemporary poems in the BEING ALIVE anthology that  may be sad and give me pause. 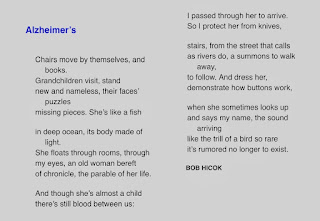