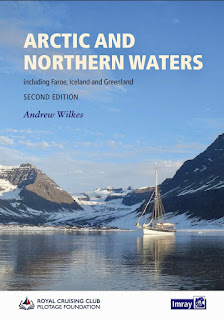 In seeking information about sailing to Iceland I learned of the above guide from the RCC and ordered a copy from Landfall Navigation.  When several days passed without it shipping I called and found that it is not in stock and won’t arrive for three or four weeks.  That it is not in stock is hardly surprising.  I doubt there is a big demand.  However in three or four weeks I won’t be here.  So I cancelled the order and googled more and learned that a PDF version is available from Google Play, which I have never used.  After jumping through a few hoops, including downloading a Google Play app, I bought and through the wonder of the Internet instantly have the book.  I even saved $20 over the hardcover edition.

Only a small part of the book is concerned with Iceland and being caught up in a very good biography of the Roman Emperor Augustus, I have yet to read it.  But this may be taken as proof  that I am getting serious.  As I have noted Hilton Head Island is too hot in the summer.  I am reasonably certain Iceland won’t be.

I have been following the weather in Reykjavik, Iceland’s capital for a while.  For the past few weeks it has been similar to that in Opua, New Zealand. 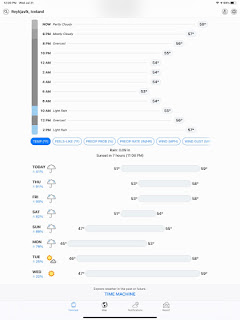 Of course it is winter in New Zealand and summer in Iceland, but I have spent winters on the unheated THE HAWKE OF TUONELA  on her mooring off Opua without discomfort.

If you are interested, and of course you are, the Sea Distance calculator shows the distance from Savannah, Georgia, the nearest major port about twenty miles from Hilton Head Island, to Reykjavik to be 3230 nautical miles.

From time to time I have the pleasure of coming across in an anthology a poem that I know and admire.  It is a chance meeting with an old friend.  This happened yesterday in the BEING ALIVE anthology.

Some of you may recall that I have run this poem here before.  Allegedly it’s subject is a Pope who abdicated a few months after his elevation, but surely it has wider meaning. 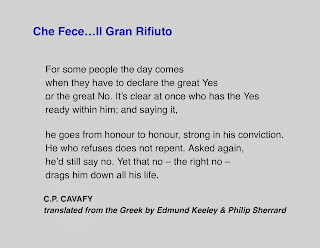 Yesterday I also came across ‘The Seafarer’ translated from Old English by Ezra Pound.  The original dates from about a thousand years ago and parts speak to me.  It is too long to publish here, but if you are interested below is a link.  I have read it now three times with interest and pleasure.

Hi Webb,
love the new challenge you have set for yourself, looking forward to reading your next navigation log.
As for the Arctic cruising guide, do you have any idea about the pilot cutter (it looks like one at least..) on its cover?
Would love to hear the story of how it got in that bay!
Cheers,
Luca

Some information here on the boat skippered by the author of the guide.

To LSP: I have looked in the book but find no information about the cover photo. The boat looks like a pilot cutter to me, too.

To Pat: thanks for the link.