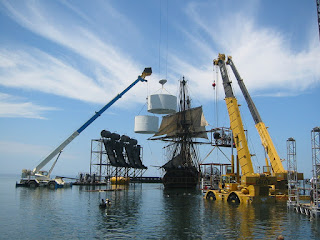 I cheated.  Calm down.  This is not an Ashley Madison confession.  You may recall my intention to limit myself to one Patrick O’Brian novel a month; but after finishing Saint-Exupéry’s SOUTHERN MAIL I started reading THE FAR SIDE OF THE WORLD before the end of August when I should have waited until September 1.
I was in part corrupted by Carlos, a small boat sailor my age, who worked as crew on the film MASTER AND COMMANDER and sent me many photos of the making of the movie, including those in this post.  I thank him for permission to share them with you.
The Russell Crowe film was based on several of the O’Brian novels, including THE FAR SIDE OF THE WORLD, which Carlos tells me was the original name of the the movie and happened to be the next one I was due to read.
Carlos owned a 1978 Drascombe Lugger, the same year CHIDIOCK TICHBORNE was built, but recently sold it to buy a Montgomery 17 because he finally wanted a cabin to sleep in, thus joining me and Tony in England in moving inside.  I refuse to accept that we are getting soft.
This is the way crew slept in ships two hundred years ago. 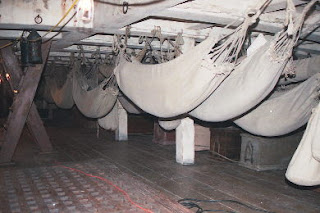 From Tim comes a link to a rather expensive reconstruction of the SAN SALVADOR, the ship in which Juan Rodriguez Cabrillo became the first European to sail into what is now San Diego Bay in 1542.  She is headed for the San Diego Maritime Museum.
I was not into the Aubrey/Maturin novels when I had GANNET in San Diego, which is unfortunate for I have since learned that among their ships is a replica of the HMS SURPRISE, which figures in several of the books.  This one was not built for the movie, but in Nova Scotia.  Had I known, I certainly would have visited.  And if GANNET and I are in San Diego again, I certainly will. 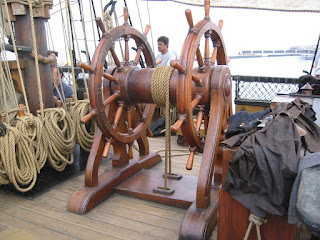 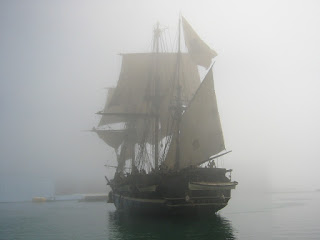 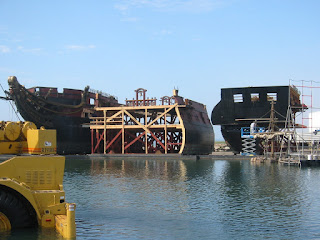 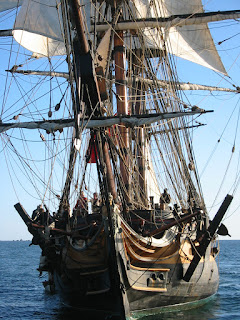 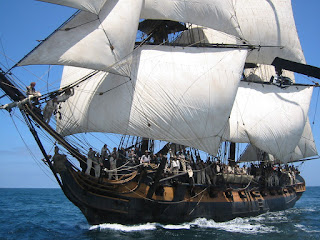 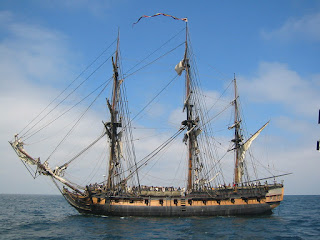 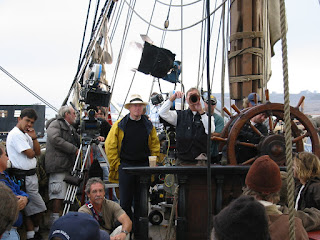 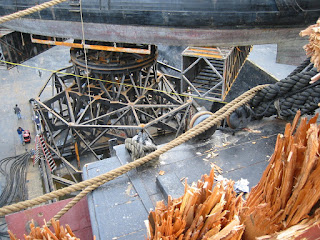