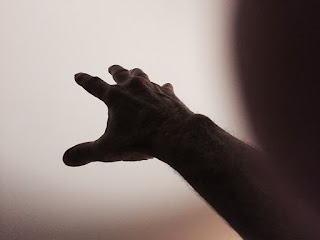 I watched DIE WALKÜRE, the second opera in Wagner’s DER RING DES NIBELUNGEN, yesterday and continue to be amazed and enthralled. I watch during the day when Carol is at work because this isn’t her kind of music,  and I’m sure I have the volume too high.
I was pleased to hear the words of Wagner quoted in the previous entry sung by Siegmund in the first act.

I am reading IMPERIUM, the first of a trilogy of novels by Robert Harris, based on the life of the Roman politician and orator, Marcus Tullius Cicero, 106-43 B.C.
In it last evening I came across: “It is perseverance and not genius that takes a man to the top. Rome is full of unrecognized geniuses. Only perseverance enables you to move forward in the world.”
I found myself wondering if the Chicago suburb, Cicero, notorious for Al Capone, is named after the illustrious Roman and learned that indirectly it is.  Cicero, Illinois, was named after Cicero, New York, which was named for Marcus Tullius.

And somewhere yesterday I came across a quote from Ernest Hemingway, though I don’t recall where:  Retirement is the ugliest word in the language.
Although Ernest killed himself long before ‘blog’ was invented, I don’t disagree. I do not think one should lead a life from which one retires.

The ever vigilant, ever despicable, ever incompetent mob has done it again.

A couple of nights ago we watched on Netflix, ANTARCTICA EDGE: 70º South, an interesting and often beautiful documentary about scientists studying change there.
This is not a film for climate change doubters. Causes can be disputed, but what can be quantified is not opinion, and rapid warming is taking place in Antarctica.
There are also insights into the difficulties in handling a research vessel in those far southern waters. They are real, and I wouldn’t want to be responsible for a ship surrounded by ice in a poorly charted sea. However, I did smile at one crewman who declared that they were so isolated that if a medical emergency occurred they were three days from help.

At times over the years, usually when lying alone in the v-berth of a sailboat, I have raised my hand and reached up. There have been times, though not for some decades, when I might have wished that someone would take that hand, but I did not expect it. On GANNET, of course, my arm is not fully extended.
I am not sure what I’m reaching for. Or toward. It is a spontaneous gesture.
I thought of this yesterday when in the second act of DIE WALKÜRE, Wotan, the king of the gods, sings:
My thoughts dwell on what has never been.
Posted by Webb at 4:22 PM