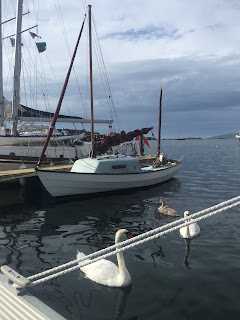 Some day I hope to visit Islay, the island off the west coast of Scotland which is the source of Laphroaig and The Botanist.  Laphroaig isn’t really my religion, just my favorite liquid.  Shane is there now on CLOUDBREAK, his Drascombe Longboat Cruiser, which he sailed the thirty-five miles from the Northern Ireland port of Portrush.  A Drascombe Longboat is a three foot longer CHIDIOCK TICHBORNE.  The Cruiser adds a cuddy cabin.
That is CLOUDBREAK above in good company at the dock in Port Ellen, Islay.
I’ve never sailed those waters and did not realize that some Scottish islands are closer to Ireland than mainland Scotland.

Portrush looks to be a charming place.  Most of the time.

This was taken during a winter storm. 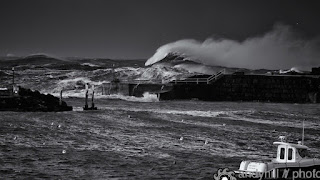 Shane gave me permission to share his words and photos.

Set out walking the road east from Port Ellen to Ardbeg.
After about a mile or so you reach Laphroaig. Called in about 1100 to see about a tour etc but nothing on til 2pm. Staff are very nice folk and nothing would do them but we had a few complimentary drams before we set out walking again. All the expressions on offer. I sampled the 18, the quarter cask and the select and resolved to return for the 2pm tour.

All good. Fueled by the glow, the 1k walk in the rain to Lagavulin was grand. They aren't set up so well there and no free samples on offer, so on we went towards Ardbeg. Kind local stopped a gave us a lift the final mile. (It was later revealed that the ‘kind local’ was Lord Roberton, former NATO General Secretary).  Ardbeg is a nice looking distillery, good little restaurant. Ordered some chowder and the the guy kindly brought four different drams, a very good lunch was had.

Walked back to Laphroaig in the rain and took the tour. Really great. Got to taste the grain after it came out of the kiln...nice, and the wash before it gets distilled, not nice. Some pictures below. The spirit safe is interesting, where they measure the ABV to decide what is foreshot, what is spirit or feints.

Hard to decide on what bottle to buy but I settled on the cask strength  jan 2015 10yr old which they have made for the 200 year anniversary.  Packs a punch at 56% and tastes just like the standard.

Still raining so walked back and then took a pint in each of the three  bars on Port Ellen.

Sun came out about 7pm , so back to the boat for tuna pasta and Shiraz in the cockpit. 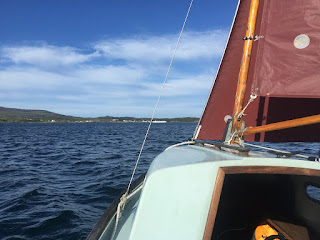 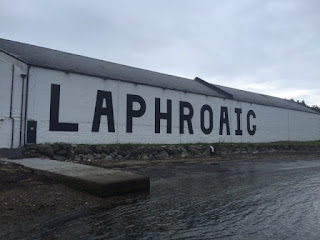 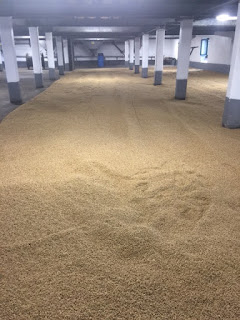 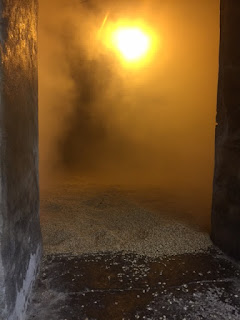 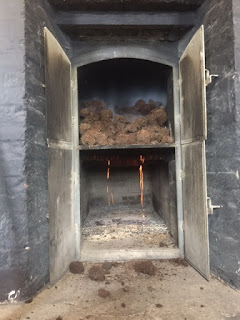 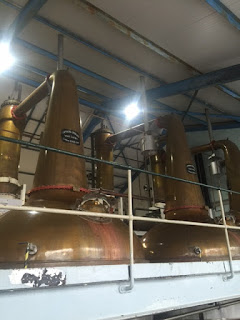 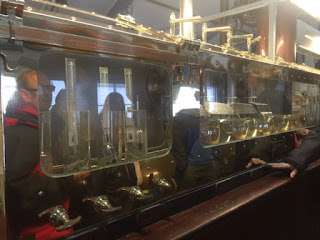 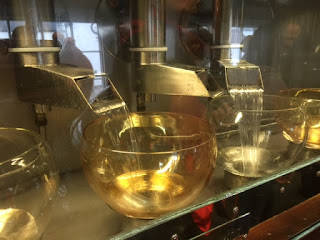 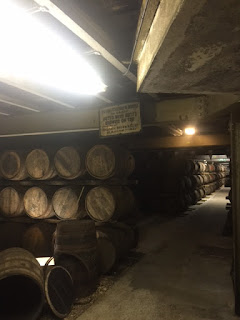 I had to look up foreshot and found this definition:  Also known as Heads.  The first spirit to come off the spirit still.  The foreshots are high in alcohol (75-80 percent abv(alcohol by volume), contain too many volatile compounds, and are redistilled.

I emailed Shane that I was impressed he managed to steer the dinghy back to his boat, but that was before I learned he was tied to a dock.  Still, navigating home after such a fine day must have been an adventure.


Thanks for sharing it with us, Shane.
Posted by Webb at 1:30 PM