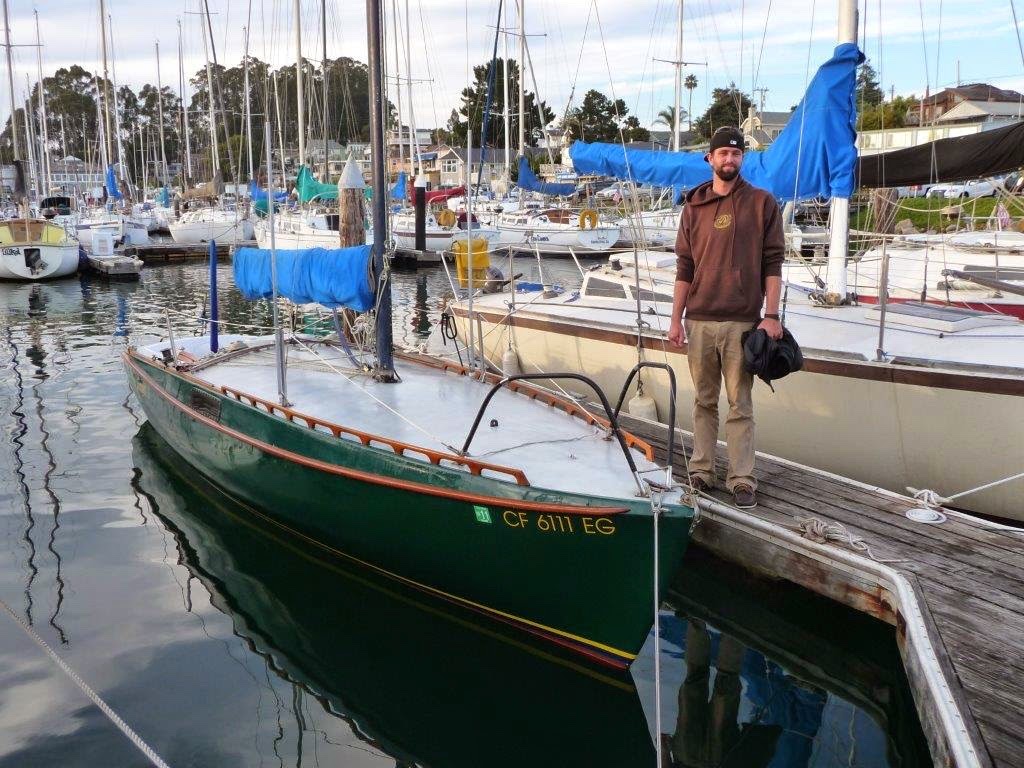 This fine looking vessel is GRENDEL.
GRENDEL was built around a male mold that was going to be destroyed, according to one perhaps apocryphal story by riding it down a Santa Cruz hill, until it was rescued by Ron Moore and become with some tweaks, including an unintentionally asymmetrical hull, the Moore 24.
When I look at the photos I am impressed by how clean GRENDEL’s deck is, though no forward hatch must make her darker and stuffier down below.  The main traveler is on the deck far forward of that on GANNET and other Moore 24s.  And I don’t quite understand the main hatch.  The vertical opening is deeper than GANNET’s and perhaps crew simply crawl through that. 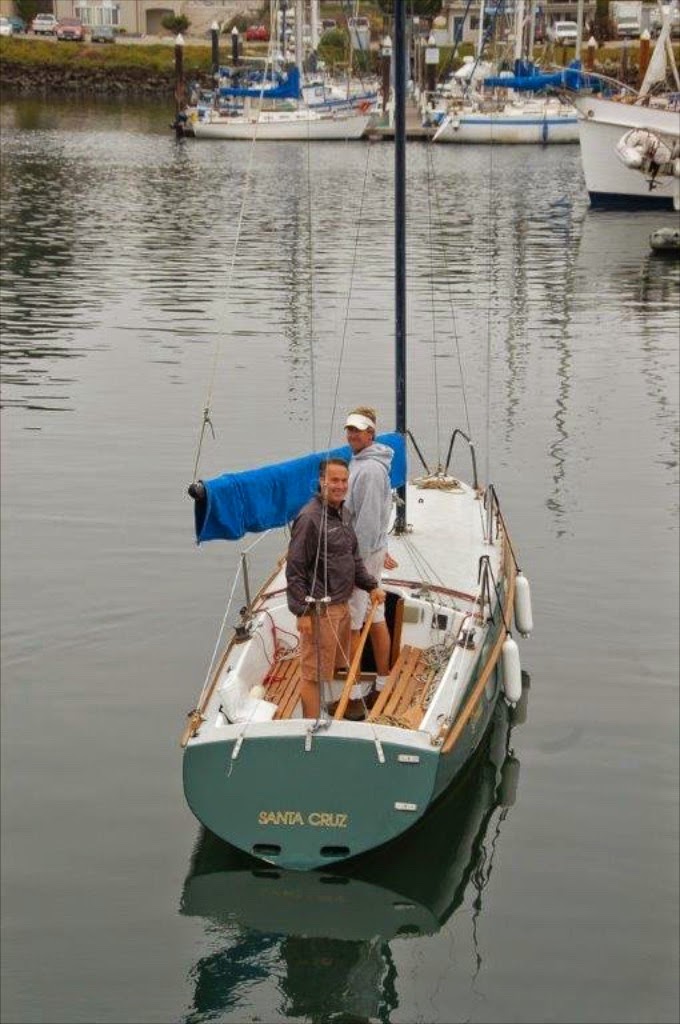 I must admit that in this photo she looks rather small.
The photos were sent to me by Don, for which I thank him.

Some of you will recall that I have mentioned the voyage of Ginny and Steve (not Earley; I don’t know these people) in a 21’ boat, usually open, but on which Steve built a small cabin.
They sailed south along the Caribbean coast, then powered up rivers through the heart of South America in a voyage that I have found interesting without having any desire to replicate it.
Along the way Ginny became pregnant and gave berth to a son in Brazil.  Then the three of them, living in a tiny cabin that does make GANNET’s ‘great’, continued to the mouth of the Amazon where Ginny and child flew back to the U.S. and Steve began to sail back, coast and island hopping.  This alone was a remarkable voyage, covering two thousand miles before it came to a sudden end.
You can find out how here.

At our local Jewel Supermarket a few weeks ago I came across new-to-me freeze dry food, Crunchies.  Crunchies claim to have a unique process and perhaps they do.  I have thus far tasted the raspberries, blueberries, tropical fruit, and roasted veggies.
These do not need to be rehydrated but can be eaten directly from the pouch.  I don’t think the roasted veggies are good by themselves, but would be mixed in with something else.  The fruits are outstanding snacks, particularly the tropical fruit.
Perfect for boats.
Posted by Webb at 4:42 PM