Evanston: three plans and some bookkeeping 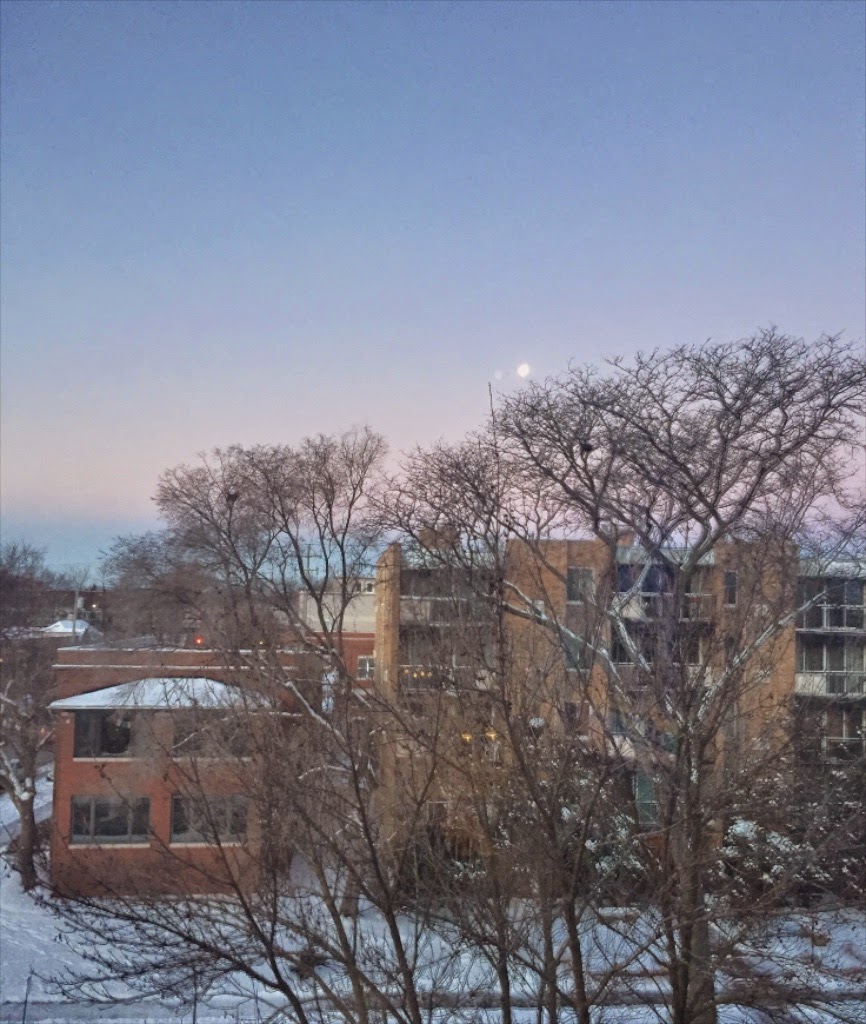 I have seen more parts of my body on screens than I ever expected.  Or wanted to.  Yesterday my left shoulder, both x-rays and MRIs.  The “nearly complete bursal surface insertional tear of the anterior and middle fibers of the supraspinatus” is a 5 mm wide white line on the MRIs.
That tear will never heal.
Most men in their seventies have tears in their rotator cuffs, I am told.  However most men in their seventies are not sailing small boats around the world.
The surgeon can and will repair the tear if I wish.  Recovery after surgery will take six months, after which the shoulder should be 100%.
An alternative is first to have four to six weeks of physical therapy to see if other parts of the rotator cuff can be strengthened to compensate for the tear and eliminate pain.
The tear is not likely to become complete unless I fall on that shoulder again.  If it does tear all the way I will have pain that should be endurable but might not be able to raise my arm above my shoulder.
I’ve always been aware of the possibility of a medical emergency at sea.  And since I went blind in my right eye, I’ve been aware that if a thousand miles from land the retina were to detach in my left eye without warning as it did in my right , I’d be completely blind and screwed.  As is evident such possibilities haven’t kept me from sailing.
I have been thinking about all this since talking to the surgeon, and have three plans, depending on results and my own desires.
All include my starting physical therapy tomorrow, and, perhaps surprisingly, all include my being on my scheduled flight to New Zealand on March 17.
Plan A:  the physical therapy is a success and by the end of February my shoulder is strong and I’m symptom free.  I fly to Opua, prepare GANNET, and sail on by June.
Plan B:  the physical therapy is not successful.  I fly to Opua, spend a month or two on GANNET, fly back to Evanston and have surgery and am fully recovered by the end of the year, and sail on in 2016.
Plan C:  whether I need surgery or not, I keep GANNET in the Bay of Islands this year and sail on next.
Ever since I learned that New Zealand now allows foreign vessels to stay two years rather than only one, I have been tempted to keep GANNET there for the extra year.  Since my injury I have written to some correspondents that it would not be a tragedy if GANNET had to stay in Opua until 2016.  In fact, it might be desirable.
As is well known the Bay of Islands is one of my favorite places in the world.  When I sail away this time, it is quite probably for the last time.  Plus I could spend the summer with Carol.
I write about this at length because it affects my stated plans.  Others have far more serious medical problems than I.
I’m not yet sure what I will do.  If the physical therapy is not successful I don’t have any choices to make.
To those who will think that I am quitting, I suggest that you have me confused with someone else.
I’ll sail on when I can and when it pleases me.
———

I don’t like to work out.  I don’t like not to work out even more.  I forgot to ask the surgeon if I can do push-ups.  Perhaps the physical therapist will know.  I haven’t gained weight, but I feel that I have lost muscle and am out of shape.
Last year I came no where near my goal of working out one hundred times.  This is to be expected when I am on a circumnavigation.  I worked out only 43 times in 2009 when I was completing my fifth circle.
In 2014 I did the same:  43.  But of those only nine took place after May 1.  Mostly this was due to time at sea on GANNET; but some due to my shoulder.  I did work out four times around my birthday; but stopped when I learned the nature of my problem.
So 2014 saw only 6539 push-up and crunches.
2015 might see even less.

I sailed from Honolulu on July 1 and so forgot to post the list of books read during the first six months of the year.
Here is the list for the year.