Evanston: why I won't be riding in the Tour de France next year; a favorable slant; another chartplotter Lance lied to you.  I won’t.  I’m taking steroids.  And what’s worse, I really like them.
More than two months after I fell when I stepped on the end of a dock line while boarding GANNET when she was tied to the marina breakwater in Opua—another reason to prefer being on a mooring:  no dock lines to slip on—my left shoulder remained painful, so I finally went to a doctor who x-rayed and found nothing broken, tentatively diagnosed a rotator cuff problem, referred me up the chain to an orthopedist, and prescribed steroids which have provided almost immediate relief.
But, alas, my professional cycling career is over.  And they said I was showing such promise.

Each morning I check the Earth Wind Map for a favorable wind for rounding Cape Horn from the east.  There hasn’t been one for a couple of weeks, but this morning I found the image above:  north wind 25 to 30 knots.  It won’t last long.  Perhaps only twelve hours.  But that could be seventy or eighty miles of westing.

You knew I wouldn’t be able to resist seeing how iNavX works on my iPhone 6.
I downloaded the app and then a free NOAA chart of the Great Lakes; but that wasn’t enough, so I checked and discovered that Navionics has combined New Zealand, Australia and South Pacific Islands and Hawaii into one package that only costs $29.99 for the iPhone.  Some of you will recall that one of the negatives of iNavX is that the charts I have already bought for my iPads can only be installed on two devices.  Ever.  And not transferred to any others.  However this didn’t matter because the charts for iPad don’t work on iPhone and vice versa.
I checked prices, and the New Zealand, Australia and South Pacific Islands and Hawaii for iPad costs $79.99, which is still less than I paid for them more than a year ago when Australia and New Zealand and the South Pacific islands were all separate downloads.
There is less detail in the iPhone version than in the iPad, but there is enough to navigate safely into any of the harbors I visited this year.
Here are screen shots of Opua on both.  The iPhone first.
Tiny GANNET now has four chartplotters. 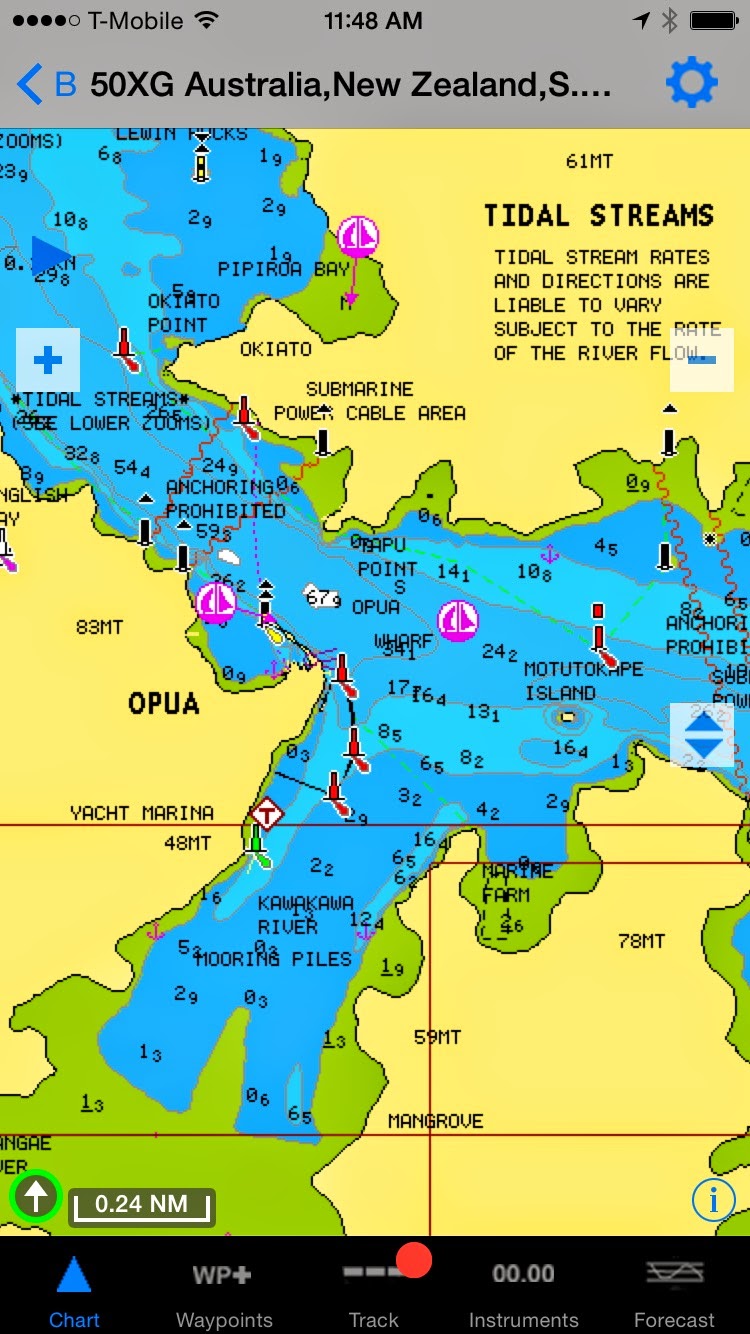 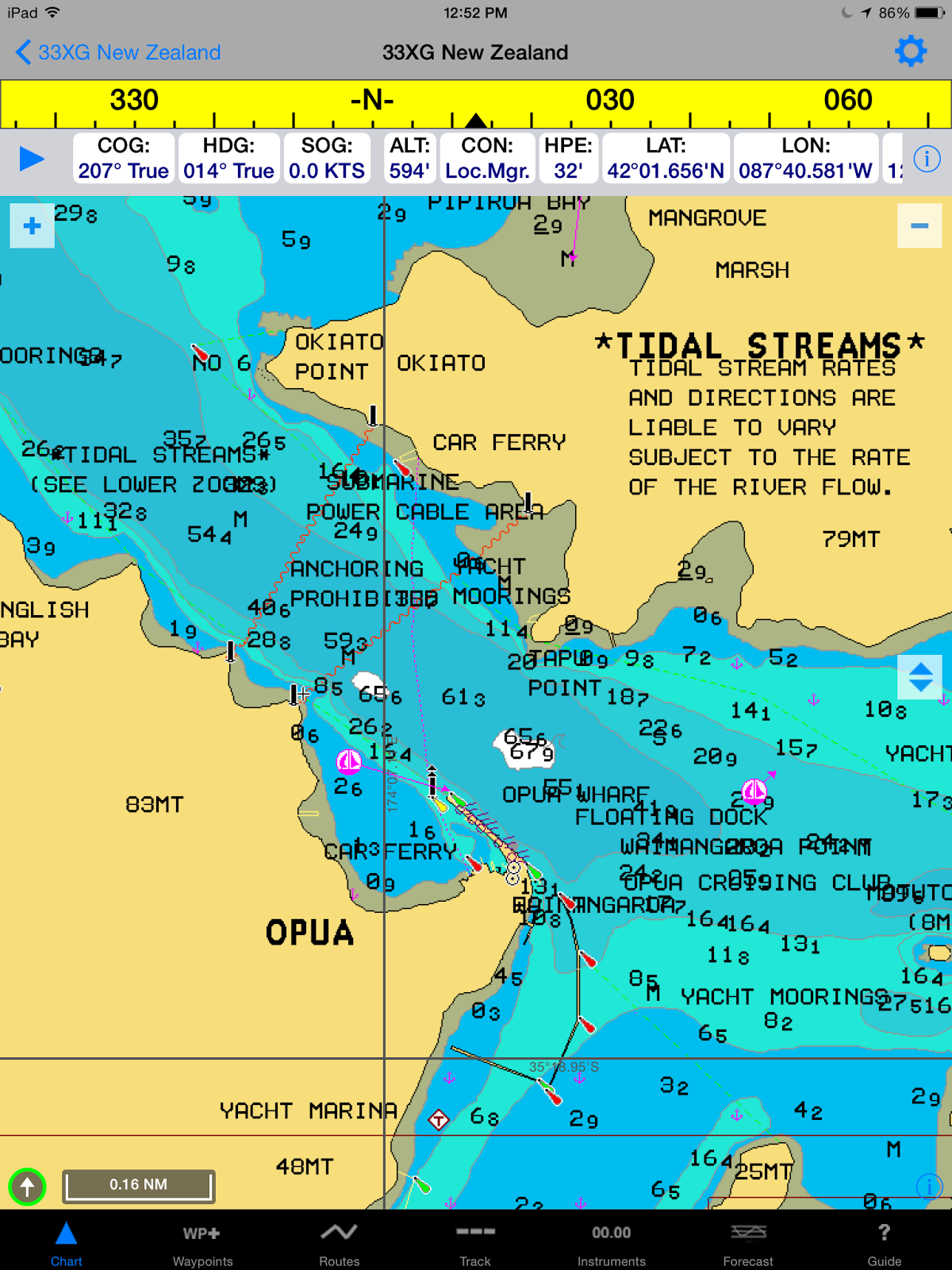