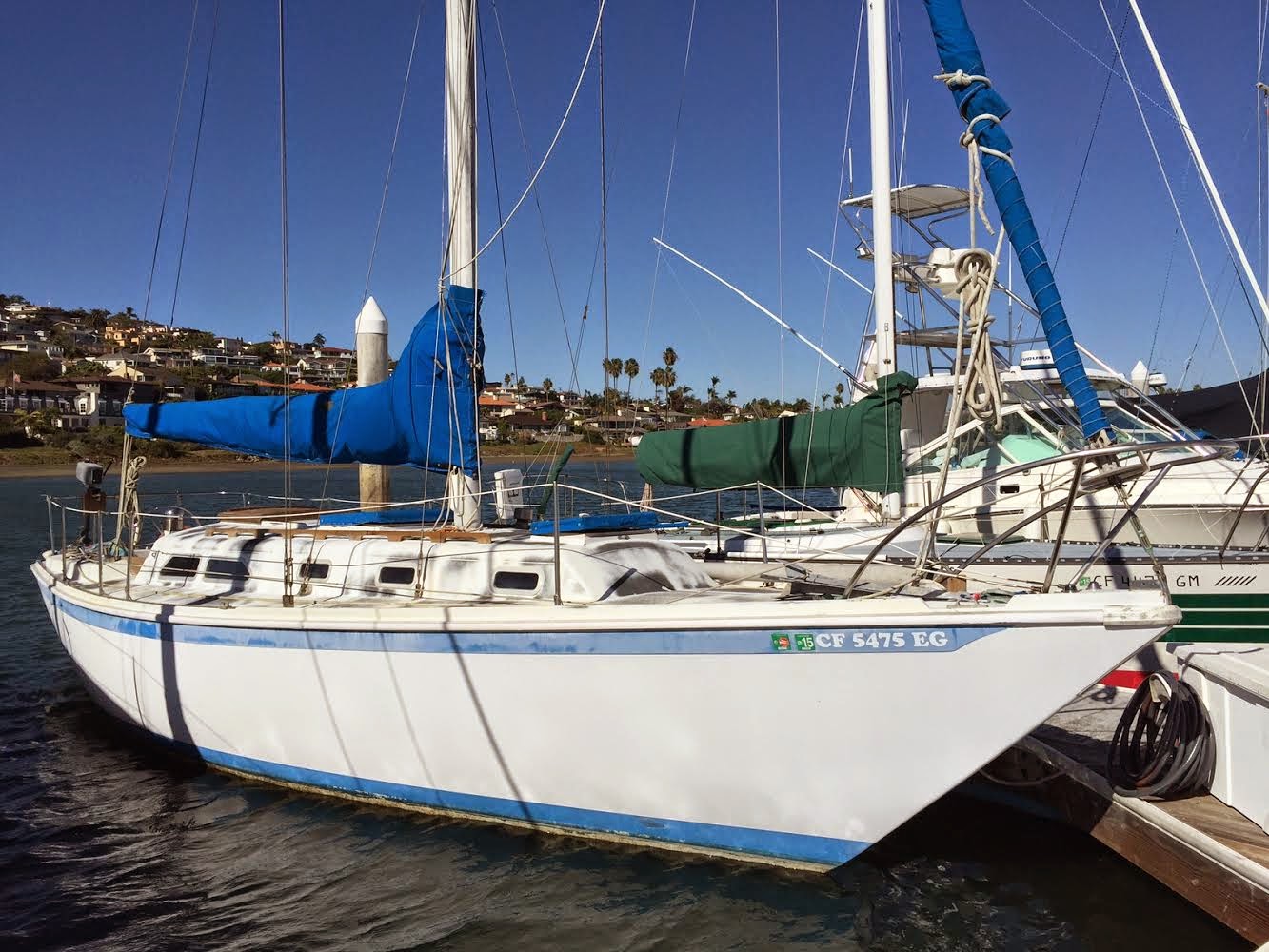 After sailing my first boat, an Excalibur 26, south from San Francisco in 1967 and living aboard in San Diego for more than a year with the woman who was then a part of my life, I was ready to buy a larger boat.  On what I still recall was a rare day of drenching rain we drove to a boat show in Los Angeles to look at the newly introduced Ericson 32.  I planned to buy one until a salesman at the Ericson stand showed me pre-production drawings of the Ericson 35.  With a base price of $19,500—$25,000 equipped and delivered—the 35 was a financial stretch for me at a time when I was making $10,000 a year; but the San Diego Ericson dealer gave me a generous deal on the Excalibur as trade-in and I placed an order.
This was the second 35’ model Ericson made, so they started hull numbers at 101.  Mine was 104, but the second in the water.  I took delivery in December 1969, named her EGREGIOUS, lived aboard at then newly opened Harbor Island Marina, and initiated a five year plan to sail away.
Four years into that plan in mid-1973 Ericson came out with a 37’ model which I thought I could have built and outfitted exactly as my evolving opinions considered desirable:  no engine; no though-hull fittings below the waterline; no lifelines or stanchions.  Again the Ericson dealer obliged by taking the 35 as trade-in.  I think the base price on the 37’ was $27,500.  I do recall that I had to finance only $5,000 which I paid off in a few months.  That was the last loan of my life.
I named the 37’ simply EGREGIOUS without adding ‘2’, and left on schedule for Cape Horn.
A week or so ago I received an email from Jeff in San Diego who recently bought Ericson 35 hull #104 and had been told that she once belonged to me.   He wanted to know if that is true.  I replied that it is and asked a few questions about how he came to own the boat.
Jeff bought her for $2500 from the widow of the last owner whose long illness caused him to neglect the boat cosmetically, though she remains structurally sound.  Jeff plans to restore and sell her.  He also plans to rename her EGREGIOUS and sent some photos.
In the lead photo the cove and waterline stripes have faded from what was a dark blue.  I wouldn’t have remembered it, but the registration number resonates. 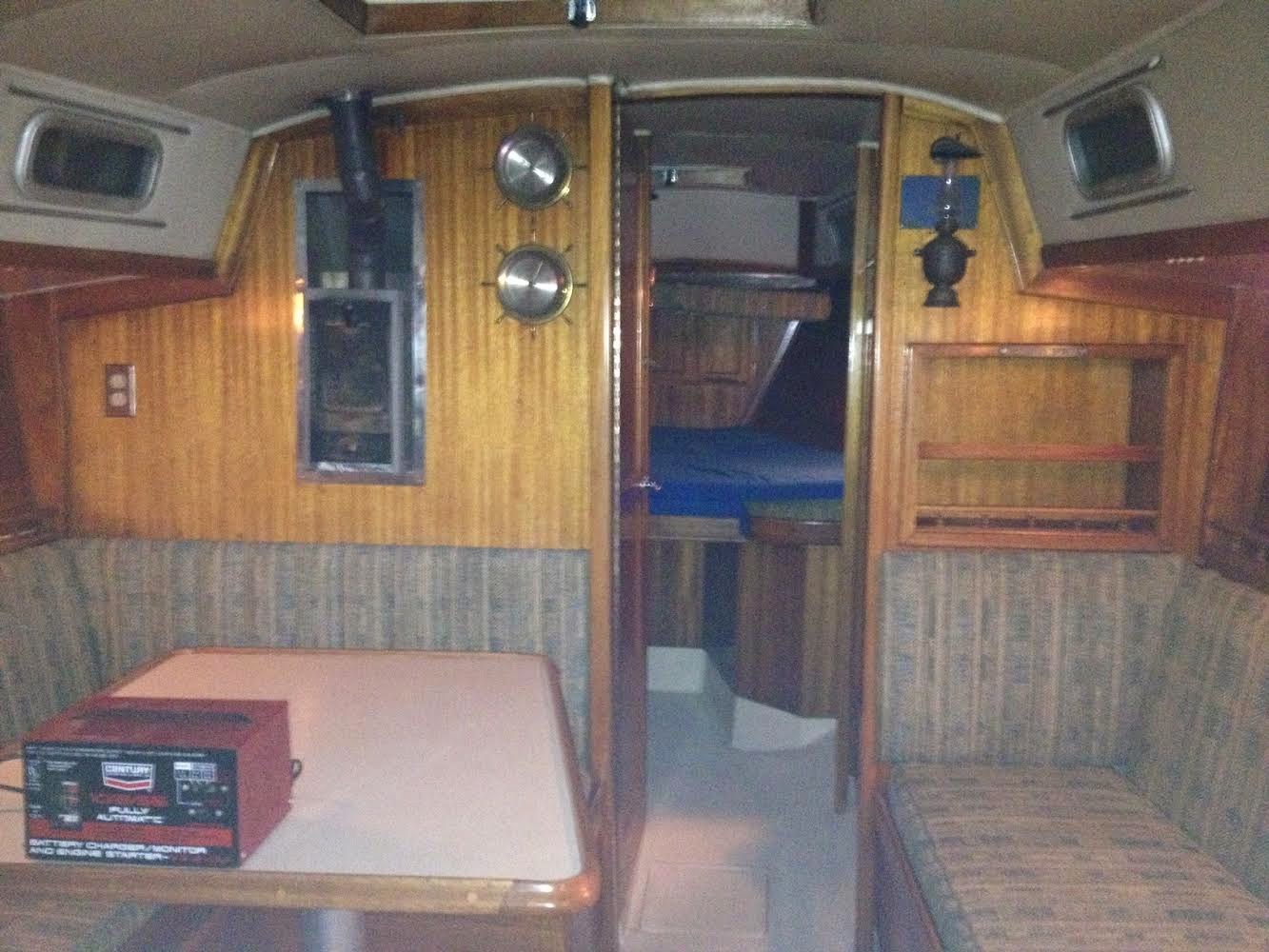 In this one, I installed the fireplace to port; and the kerosene lamp to starboard may be one I put in place more than forty years ago.   I don’t like clocks and barometers with spokes and they are not mine.

Here is the dramatic result of labor. 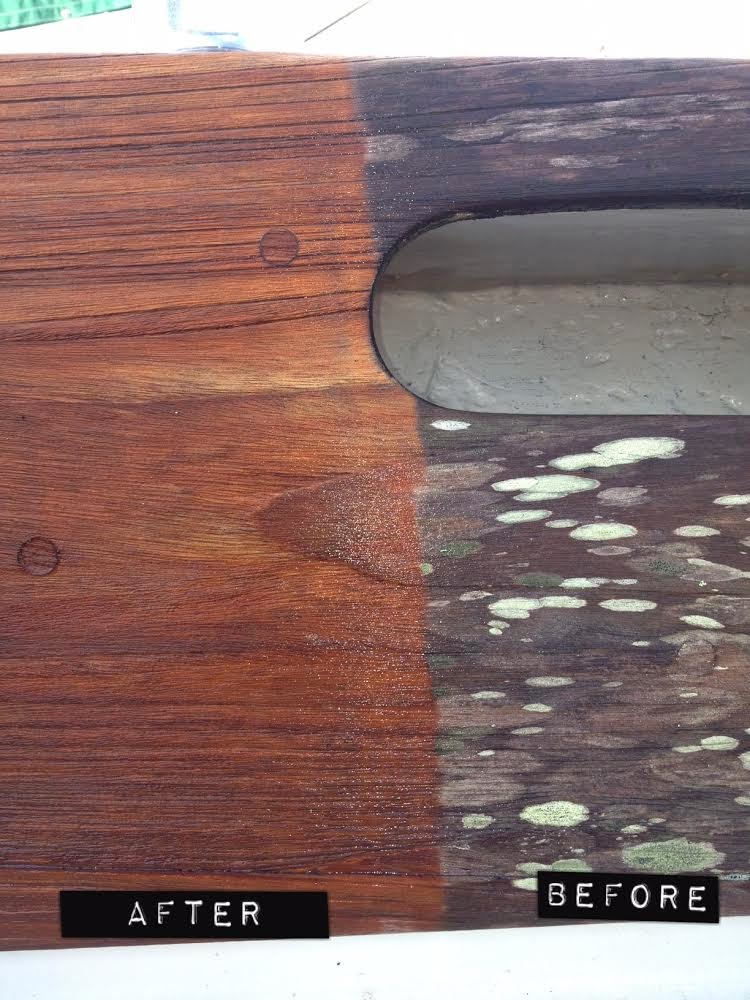 I wish Jeff success in his restoration, and EGREGIOUS’s new owner as much joy as the boat once brought young Webb Chiles.

Jay noticed that the photo I ran Tuesday is almost a mirror image of one I posted in March.
Opening both pages in separate tabs and toggling between the two, the constants are the red Levenger Circa notebook, a Uniball Vision Elite pen that does not leak after airplane flights, iPad mini,  weather station, Dartington Exmoor crystal double old fashioned glass with inevitable and inimitable Laphroaig.   And the arrangement of objets.  Enough of my life is uncertain so I am a creature of habit about that which isn’t.  A universal remote visible in the later photo was just outside the earlier.  Eyedrops and eyeglasses visible in the earlier are inside a drawer in the end table in the later.
What has changed is that the end table is against the window in the earlier photo and toward the center of the wall in the later.
While I was sailing GANNET Carol bought a new L shaped sofa and preempted the most comfortable position at the angle of the L, so the end table and I have been moved to the right.
I carry the Levenger notebook with me back and forth between GANNET and condo, but it is not the one in which I hand write the passage log when GANNET’s Great Cabin is too wet to use the laptop.  That one is from Rite in Rain brought to my attention by Steve Earley.
———

Snow is falling.
The media are making much of our weather and those of you sensible enough to live in places with decent climates where it never freezes would find it abominable.  For Chicago it is not extreme, and with proper clothing not even uncomfortable, only early. 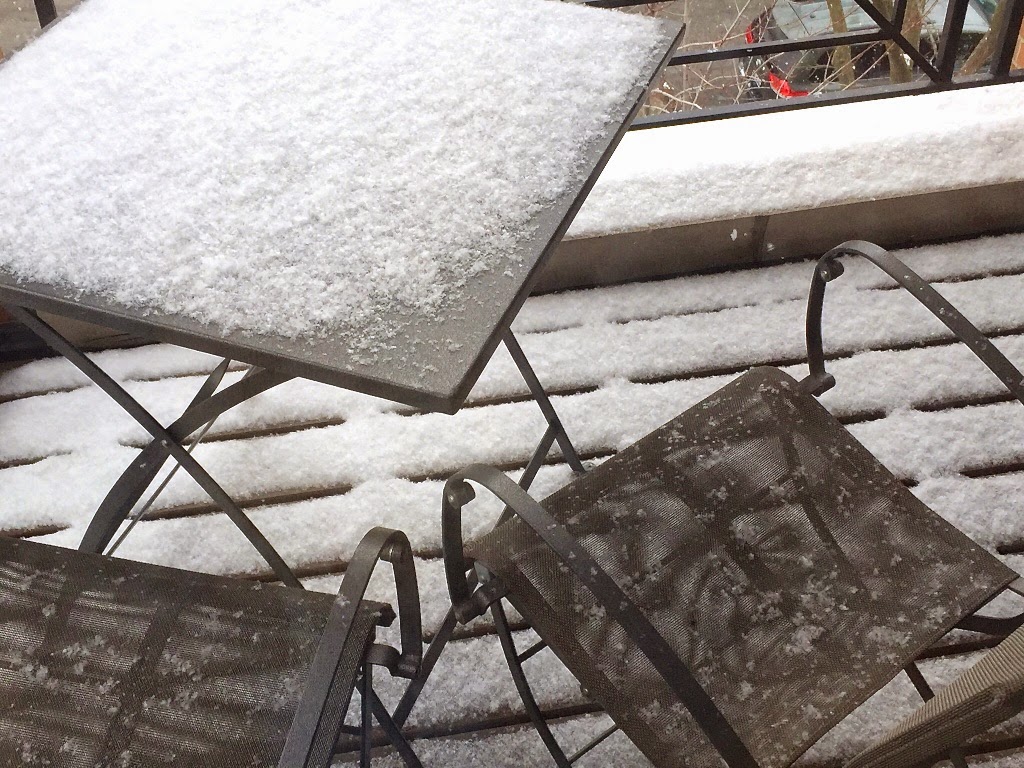