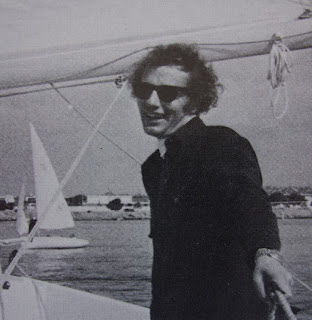 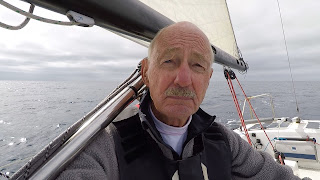 Perhaps unbelievably these photos are of the same man, forty-four years apart.   Time and chance happens to us all.
In preparing for my appearance at the Richmond Yacht Club next week I came across the top photo which was taken moments before I released the line in my left hand and sailed from Harbor Island Marina in San Diego for my first attempt at Cape Horn and began the being part of my life.  I was nine days short of my thirty-third birthday.
The second is a capture from a video made on April 28, 2019, about fifty miles south of where the first photo was taken, just short of six circumnavigations later, and the last full day of the being part of my life at age seventy-seven.
I am going to tell you something odd:  I like the way I look now more than I do how I looked then.
I fly back to San Diego and GANNET five weeks from today.