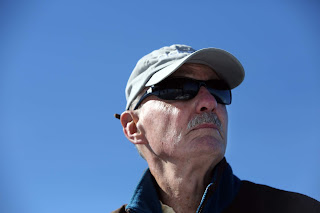 During the passage from Balboa, Panama, to San Diego I repeatedly told myself that this is the last hard thing I will ever have to do.  I have been doing hard things for a very long time.  Perhaps as long as anyone ever.  Far longer than the four poets who envisioned Ulysses not remaining in Ithaca after his twenty year absence:  Dante; Tennyson; Cavafy; Kazantzakis.  They surely did not imagine a 77 year old Ulysses.  Nor did I.  But he has happened.
When I was off Point Loma in the pre-dawn light on Monday, April 29, 2019, I was tired, perhaps more mentally than physically, though physically I had lost more than ten pounds from my normal 154 pounds on a 6’1” frame.  I profoundly wanted the ordeal to be over.
Now, twenty-six days later, I am envisioning other voyages.  It is too soon to know when they will begin.
Where would I most like to be in the world?  If you have been here any length of time you know:  New Zealand’s Bay of Islands.
I am seventy-seven years old.  I don’t have many years left.  Why should I not spend some of them where I most want to be even if I can’t stay there permanently?
I believe I am an original experiment. I acknowledged more than forty years ago that most original experiments are failures.  I expect I am a failure.  But as I enter the dying part of my life I am still becoming and I am still trying to understand.
Posted by Webb at 11:57 PM