Opua: arrived; floored; the man in the arena 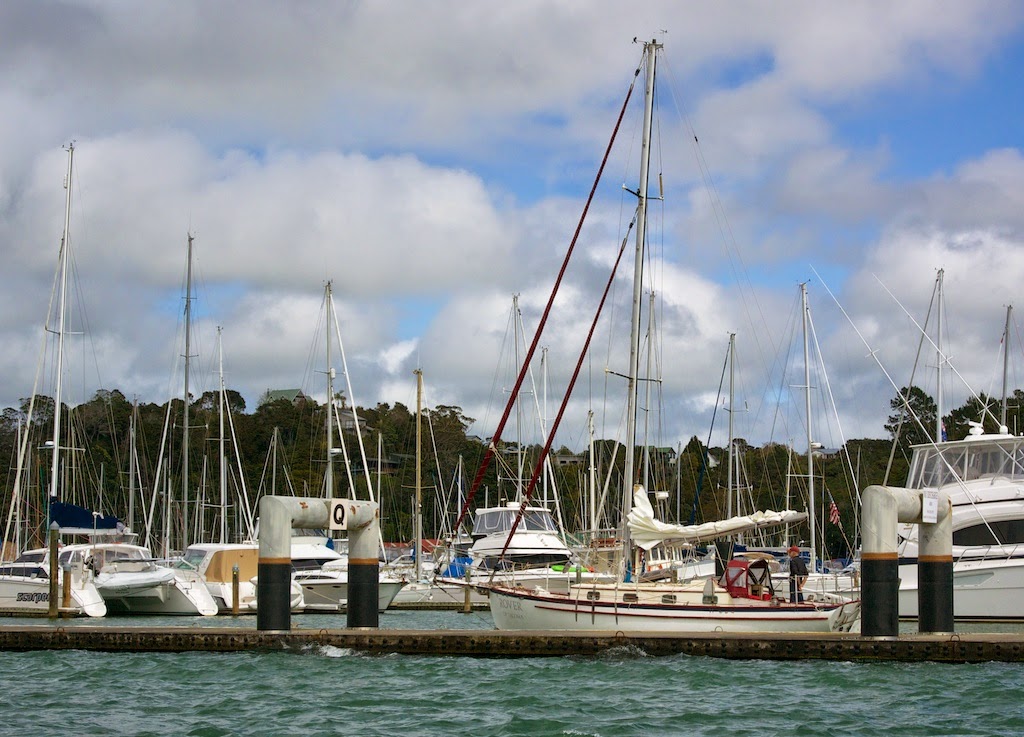 Above ROVER OF TACOMA and Steve are moving from the Quarantine Dock to a marina slip.
I was pleased to see ROVER when I glanced out this morning, and spoke to Steve briefly when I rowed in.  He had not yet been cleared and officials do not like others to get close to vessels on the Q Dock.  I did learn that he left Neiafu the day after I did, was caught by the storm about 250 miles offshore, and spent several days hove-to.  I’ll know more tomorrow.

What other sailor do you know who can carry his entire cabin sole around in one hand?  I did this morning from Ashby’s Boat Yard to the Opua Cruising Club dinghy dock, from where I rowed back to GANNET and installed the new floorboards. 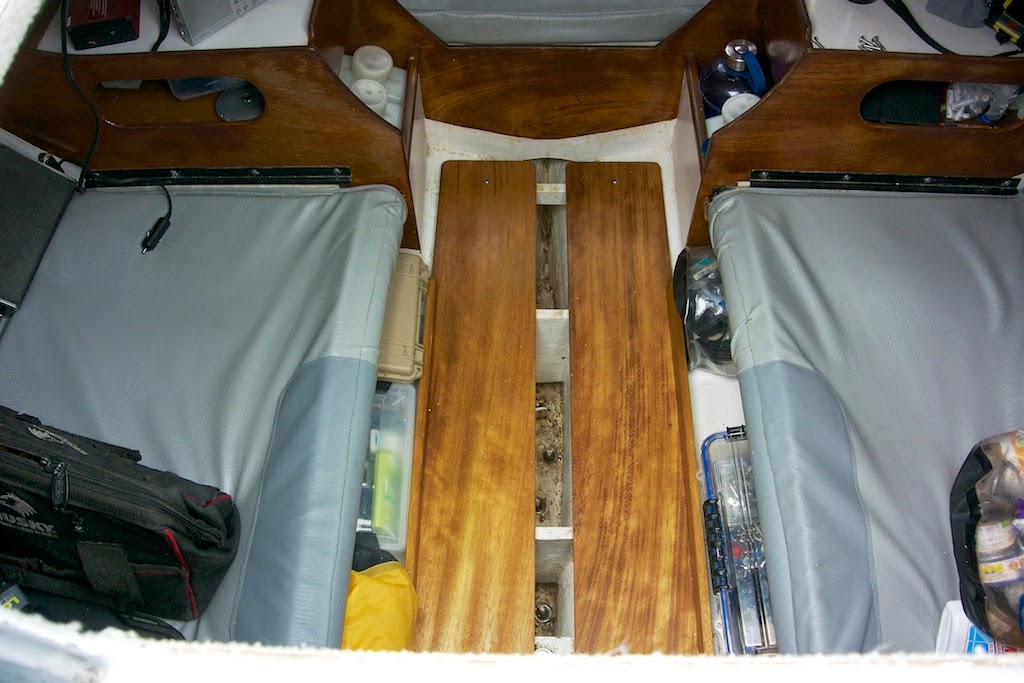 I’m not sure what kind of wood they are or what Graham, who made them, applied to their surface.  I’ll try to find out.
They are very pretty.

Bill in southwest England has varied interests:  he plays in a band, rescues dogs, sails small boats—sometimes racing, sometimes cruising with his father in a Drascombe Lugger, and takes remarkably atmospheric photos, often I believe with his phone.
One of those photographs heads an entry on his site titled “The Man in the Arena”, a quote from Theodore Roosevelt which is well worth reading.   You can find it here.  But you could also profitably spend time viewing other posts and photos on his site.
Posted by Webb at 8:17 PM