vbi: the new sextant: the Race to Alaska 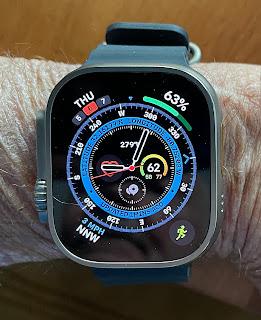 I take some satisfaction in being among the last to have navigated with a sextant.  I still have one on GANNET—actually it is at present in the dock box—and I think it probably a good idea to know how to take a noon sight for latitude before going offshore.  But I don’t recall when I last took a sight.  Almost certainly it was more than thirty years ago.

Kent, of Audrey’s Armada, once asked how I would prepare a Drascombe Lugger for ocean passages differently now than I did in 1978.  An interesting question, at least to me.  Among other things I would not now have any paper charts on board or the Air Sight Reduction tables or a sack of books and I would be able to listen to music.  All thanks to technology.

I taught myself celestial navigation from books, just as I taught myself how to sail from books and then buying a boat and going out on San Francisco Bay and making mistakes—obviously none too serious—and correcting them.

I navigated by sextant for my first two circumnavigations, from 1974 to about 1985 when I bought what was called a Sat-Nav unit.  If I remember correctly there were not many satellites and they provided a position only every hour or so.

I bought my first GPS unit in 1991 for my fiftieth birthday as Jill and I were preparing to sail RESURGAM from Auckland around Cape Horn to Punta del Este, Uruguay.  It was a handheld unit made by Sony and cost $2000.  I checked the inflation calculator and find that would now be $4,376.  My word!

As many of you know on the GANNET circumnavigation I navigated by iPhone.  Now, with the exception of displaying electronic charts, I can navigate by glancing at my wrist.

Above is an Apple Watch Ultra.  More rugged than the standard Apple watches, it also has more precise GPS.  It is highly customizable.  The face I use Apple calls Wayfinder.  In addition to the time—how prosaic—it has eight of what Apple calls complications.  I have configured the four outer ones starting in the upper left:  day and date; battery life; start an activity; wind speed and direction.  This last is not measured by the watch, but comes via cellular from the watch itself or a nearby iPhone.  The first ring is a compass.  By default this displays magnetic, but you can change that to true, which I have done.  As you can see the inner ring, which Apple calls the bezel, displays latitude and longitude.  That can be switched to altitude.  Inside the bezel, from the top mine shows heading, to the right air temperature which is not measured by the watch but comes over cellular, touching the icon at the bottom brings up the list of waypoints, and touching the one to the left starts a measurement of heart beat.  Mine remains satisfactorily in the 40s at rest as it long has been.  During workouts I sometimes see numbers in the 120s and rarely 130.  At my age an optimum maximum heart beat is 139.

On the right side of the watch, not visible in this photo, is what Apple calls the Activity Button.  I have mine programmed to create a waypoint.  Thus I could press the button at noon creating a waypoint, give it a name, and then the following noon check the waypoint list and see the day’s run.  However, the watch is set up with hikers in mind not sailors and gives distances in statute miles.

Apple has an input page and I have suggested that they create a sailing activity which offers the option to show latitude and longitude in degrees and minutes rather than degrees and decimals as it now does; an option to display speed and distances in nautical miles; and a page that displays COG and SOG.  iSailor has an Apple watch app that does display these, but it only works when the iSailor app is open on the iPhone.  That is not necessary.  The watch has the sensors itself.

The Apple Watch Ultra is relatively expensive.  Compared to my first handheld GPS it is a huge bargain.

At Sailing Anarchy I saw a link to the trailer for a film about the Race to Alaska.

I rented it from Amazon Prime.  I found it an interesting and entertaining view of a different part of the sailing world than mine.  You might, too.

Webb:
The watch looks like quite the gadget -- impressive!

I wonder if you'd share on what model boat(s) you made all those informative mistakes? (That's how I learned to sail too, on my still-current San Juan 28. Haven't had it off shore yet.)

My first boat was an Excalibur 26. I took delivery at Jack London Square in Oakland, California, in February 1967, and the first time I sailed alone, which was about the third or fourth time I had sailed at all, was taking the boat around to a slip in Berkeley marina. I had ordered an outboard, but it had not been delivered, so I sailed. I had also ordered winch handles, but they weren’t on the boat either. That was the boat I learned on. By August of that year I had learned enough to sail the boat with the woman who was then a part of my life down to San Diego with a stop at Santa Barbara. We lived on board for 18 months and sailed Southern California waters before I moved up to an Ericson 35.