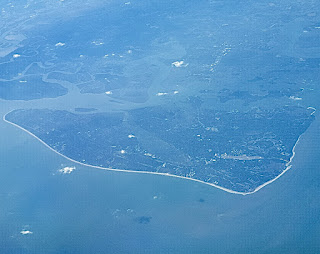 I thank my friend, Chad, who pilots private jets, for this photo of my home taken at 41,000’ as he flew over on a flight to Palm Beach.  Looking closely I can make out the marina near the right hand side of the landward side of the island.  I cannot make out GANNET.  Maybe I need a bigger boat.

I watch some of the local TV news from Savannah in the early evenings.  Partly for the weather report; partly because this is still foreign territory to me and I am curious about it.  Last night I learned of two shootings over the weekend.  Made me feel right at home as though I were back in Chicago.  And I learned that another cold front is coming in a few days with temperatures again at or below freezing.  It was 34ºF/1ºC this morning and our heating system is still broken.  I have what is called emergency heat, but even without it low temperatures on Hilton Head Island are not life threatening.  But I also learned that the coming front may bring a wintery mix of ice and snow.  Horrors.  What kind of paradise is this?

From recent entries in THE ASSASSIN’S CLOAK.  First Lord Byron on governments, with which I mostly agree.  Then three entries from Scott’s diary as he neared and reached the South Pole.  And the worst was yet to come. 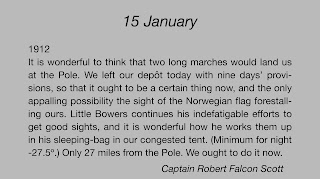 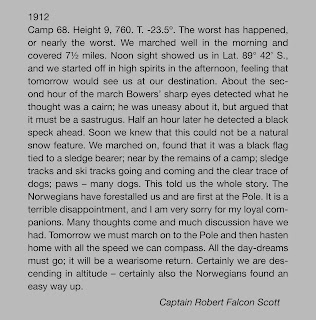 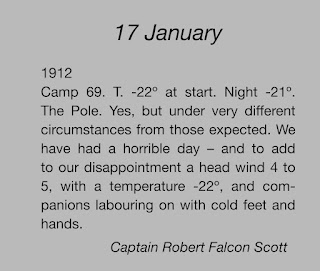 And last, from the BEING HUMAN anthology a poem with a startlingly vivid and good last line. 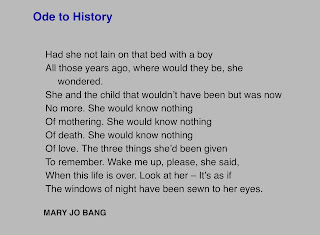 I seem to recall much discussion about whether or not Key West or Hilton Head were Paradise. Turns out it is elsewhere.

My observation is that for most people paradise is somewhere else, somewhere they aren’t. I have often seen this, even in residents of South Pacific Islands which have been a European vision of paradise for three hundred years. A teen age boy in the Marquesas islands had Air France posters of skiing in the Alps on his wall and looked forward to compulsory military service in hopes he would be sent to France. Millions in France I am sure would have wanted to be in the Marquesas Islands, though if they were, they might fins it was not as they dreamed. Paradise also changes with time. Places change and what once was one’s vision of paradise is no longer, and people change and they come to want a different paradise than they once did. So, if at any moment you think you are in paradise, you are, and you are fortunate.

I concur with your arguments. Every day I try to say "another day in paradise"...

In case you haven't noticed, one may pick out Gannet on Google Earth -- the placement of the solar power panels is a dead give-away.