Evanston: strange; HEART; it has begun 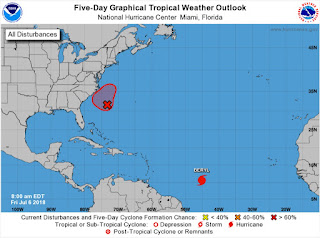 “I am a strange old man.”
Not my words, but spoken by the fisherman in Ernest Hemingway’s THE OLD MAN AND THE SEA.  For some reason they struck a chord in me.
I have mixed feelings about Ernest Hemingway.  Some of his writing is wonderful and a lot of it is terrible.  He himself was a self-aggrandizing bully and a liar.  Traits that too often lead to success.  For proof read HOTEL FLORIDA, which is worth reading anyway.
My favorite Hemingway includes many of his short stories;  BY-LINE:  Ernest Hemingway,  a collection of his early reporting and journalism; the ending of FOR WHOM THE BELL TOLLS; and THE OLD MAN AND THE SEA, which I just reread and may be perfect.
There are other parts of his books that are good, but he wrote about sex embarrassingly badly.  Perhaps for all his boasting, he wasn’t much good at it.
I expect that all of you have read THE OLD MAN AND THE SEA.  It is worth reading again.

The other evening Carol and I watched IN THE HEART OF THE SEA about the sinking by a whale of the ESSEX in the Pacific in 1820 and the subsequent ordeal of her crew in the ship’s boats.  We both found the film to be much better than we expected until the final credits showed Ron Howard to be the director, which explained the quality.
Nathaniel Philbrick’s book on which the movie was based was not published until 2000, but I knew of the Essex when I made my first attempt at Cape Horn in 1974 and was aware that EGREGIOUS suffered her first rigging damage not far from where the ESSEX sank, two thousand miles west of South America, two thousand miles east of the Marquesas Islands, the difference being that South America was to windward, the Marquesas Islands downwind.  I reluctantly turned downwind, eventually passing the Marquesas and landing at Tahiti.  I wondered then why the ESSEX crew tried to go east.
The answer is that, while the captain wanted to try for the Marquesas, the crew feared cannibals and managed to over rule him.  Ironically before their ordeal was over, the crew engaged in cannibalism themselves, eating their dead and finally drawing lots to determine who next should die to feed the others.
THE HEART OF THE SEA is worth watching.

Among the numerous resources to follow the hurricane season I find TRACK THE TROPICS very useful and subscribe to its emails.  I thank James for bringing the site to my attention.
As you can see from the top image, Beryl, the first hurricane of the season is out in the Atlantic heading for the Caribbean and an area of disturbance off North Carolina may further develop.
I wonder what early September, when I would like to sail to the Chesapeake, will bring.
Posted by Webb at 1:43 PM