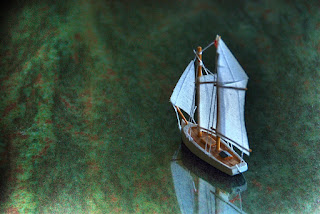 An item a few days ago on what poses as television news celebrated the singer/songwriter Billy Joel’s 100th sell-out performance at Madison Square Garden.  Because I doubt many others have been counting, I assume this was placed by his PR agents.
During the course of this ‘news item’ a reporter said, “It isn’t Shakespeare, but then Shakespeare couldn’t have sold out Madison Square Garden a hundred times.”
Clearly numbers matter—to most.  Clearly Billy Joel is greater than Shakespeare.

I fly to GANNET five weeks today.  Until last evening I did not realize that Carol is going too.  I knew we had planned for both of us to be there over Labor Day, by which time the renovation was to be completed.  However, that is still a stalled disaster. No progress has been made and I thought she had cancelled her flight.
The plan was that I would remain at Hilton Head, other than going up to St. Michaels, Maryland for the Small Boat Festival, until I sail for Panama next January and Carol would fly down to spend a week at Thanksgiving and two at Christmas.  Bobby Burns told us what happens to the best plans of mice and men.
I had hoped to take everything off of GANNET and store it at the condo while I repainted the interior, then only move back on board what is essential for me to sail her to Panama and San Diego.
Actually I would love to get rid of every possession that won’t fit on a THE HAWKE OF TUONELA size boat and live on board again.  I can live on GANNET quite well by myself with what can fit on her, but she is a bit small for two permanently.
Twice in my life I have lost every single physical possession I owned.  I would gladly get rid of almost all I own now and sail from Hilton Head Island next January and never glance back.

The schooner is a tiny model sailing on a green granite sea.  I don’t recall where the model came from.  The sea is our kitchen countertop.  I know I have run the photo before, but having taken nothing worthwhile recently am running it again.
Posted by Webb at 3:17 PM