From Kent, who maintains Audrey’s Armada and sometimes acts as moveable ballast, comes the story of their oldest son’s first time on the helm of their Drascombe Lugger, ONKAHYE, which means ‘dancing feather’ in Seminole.  On the little boat sailing out of Corpus Christi were Kent, Audrey, their son, and Audrey’s father, Jack, who then owned the boat.

Many days were spent tacking out through the breakwater, picking a long beam reach across the bay, singing a song or two and then heading back in before the Corpus winds started blowing over 20. Our oldest son took the tiller at age 5, spoke the words “Mother, let go,” then expertly sailed ONKAHYE across the bay and back.

Audrey looked up at her Dad and Jack repeated the command, "Mother, let go."  Being a pirate, of course she didn't want to...but being a good Mom she did.

I note that at age five the biggest body of water I had seen was a bathtub.

I thank Kent and Audrey for permission to share the story with you.

In the last post I referred to Victor Vescovo as an egotist.  This is not an insult.  We all are.  We are all the centers of our own universes, despite Copernicus.  And I expect we would all like immortality of a kind.  I, who have always sought to quantify what I could, as a solitary boy in a landlocked suburban house formed an ambition to be loved by one woman and to write something that would be read for a thousand years, having concluded that words that lasted a thousand years would last forever.

I like to believe that I have been loved by more than one woman, but I don’t expect any of my words will last through the third millennium.

In the long NEW YORKER article is a good quote from Victor Vescovo:

“Control what you can; be aware of what you cannot. Death, at some point, is a given—“You have to accept it,” he said—and he reasoned that the gravest risk a person could take was to waste time on earth, to reach the end without having maximally lived. “This is the only way to fight against mortality.”

And later in the article I was intrigued by what was observed in the Java Trench:

These were bacterial mats, deriving their energy from chemicals emanating from the planet’s crust instead of from sunlight. It was through this process of chemosynthesis that, billions of years ago, when the earth was “one giant, steaming geological mass, being bombarded with meteorites,” as Jamieson put it, the first complex cell crossed some intangible line that separates the non-living from the living. 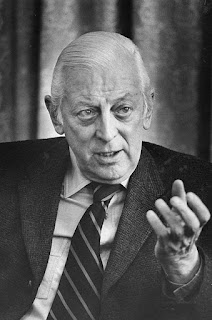 I thank Paul for reminding me of Alistair Cooke.

I doubt that the young have heard of him.  Their loss.  I expect that most of you have.  He was born in England and became an American citizen, best known for his ‘Letters From America’ for the BBC and as long time host of PBS’s Masterpiece Theater.  He was an intelligent, charming, clever, eminently reasonable man who gave journalism a rare good name.

Paul sent me a link that leads to more than a thousand of his Letters from America.

I have listened with great pleasure to a few, including the one on Harry Truman’s unexpected election victory in 1948 and, after clicking on ‘more episodes’, the ‘Atom Bomb Warning of 1939’.  I will certainly listen to more.  Perhaps a new habit:  A Letter From America a day.

Many of the books I read come from BookBud—love the service; hate the name.  An email arrives every morning with four or five choices.  With none costing more than $2.99 I can be a big spender and take chances.  I probably buy books faster than I read them.  I share my Kindle library with Carol and her mother and will leave a legacy.

I had never heard of Helen Humphreys before I bought her novel, COVENTRY, from BookBud.  I finally read it after the bombing of that city was discussed in THE SPLENDID AND THE VILE and found it to be exceptionally good. 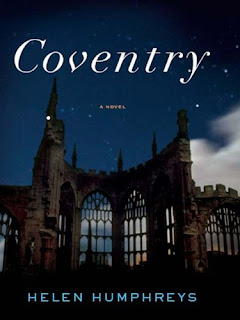 Two young women meet by chance on a double-decker bus in Coventry at the start of the First World War and then again on November 14, 1940, the night the city was all but destroyed by German bombers.  Much of the novel takes place that night, but there is more to it than that.

I so enjoyed the writing that I sought another of Helen Humphrey’s books and bought THE FROZEN THAMES, which I just finished.  Part fiction, part non-fiction, it begins:

In its long history, the River Thames
has frozen solid forty times.
These are the stories of that frozen river. 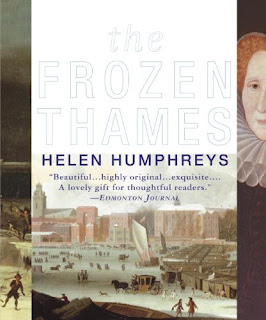 All of the entries are brief, only a page or two.  They include a man who finds a field of frozen birds who are yet alive and warms them with his hands until they take flight.  A boy who follows his mother across the river while the ice barely supports them and refuses ever to cross it again, not even on London Bridge.  The beheading of Charles I.

Several times the river froze so solid that Frozen Fairs took place on it, with tents and booths and entertainments.  In the entry for 1716, in one of those booths a woman, Bess, with a talent for words completes poems for customers who suggest the first lines.  Finally it is too much.

Bess is tired of being an oddity. Her gift has made her little better than a performing dog. It has not done her any good at all. The money they earn, Will spends at the ale tent. She is freezing cold from being all day out on the river. This is not how she wants to live.

The only way out of somewhere is by the door you came in.

“This day I trod upon the ice,” she says.
“I paid and paid a dreadful price.
I will not pretend that this is nice.
A poet as whore will not suffice.”