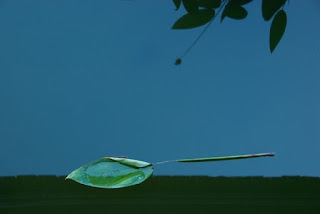 This is the photo that heads this journal.  Most of us, including me, pass over it without a glance as our eyes move to the journal entries.  I am rather proud of it.  The leaf was floating in a narrow moat surrounding the open living area of a villa Carol and I rented in 2008 on the north shore of Bali.  Almost all the tourism in Bali is in the south.  The north coast, at least then, was quiet and uncrowded.  I did not even crop that photo.  I did remove a slight change in color in the water.  I wanted a flat plane.  I am not a zen person, but I feel a zen-like calm in the photo.

Here is a photo of the view we had from the villa as the sun was about to set over Java. 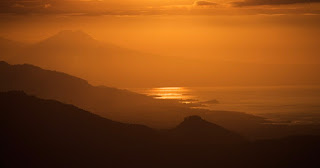 Of zen, while I was in Fremantle, Australia in 2002, near the end of my prolonged fourth circumnavigation, Buddhist priests made elaborate and beautiful drawings on the beach at the water’s edge at low tide.

Jay, who cannot get to his Olson 34, SHOE STRING, because it is in a virus closed storage facility in Chicago, is working on boat parts in his home shop.  Yesterday he wrote that he is ‘making progress toward an uncertain end’.  Sounds like a definition of success to me.  Or life.

An article in the NY TIMES yesterday on medical ethics confirmed what I expected:  I am expendable.  If decisions have to be made between giving medical treatment to some and not others, the criteria are likely to be who has the best chance of survival and who likely has the most years left.  I agree entirely.  Quality of life cannot be measured; quantity can.  Those of us who have lived as long as I have had a life.  Twenty year olds have not.  So it is incumbent on me to avoid being in the situation where others have the power to make that decision about me.  That is not entirely in my control,  but I am going to do what I can.

Being expendable reminded me of a good novel about PT boats in WW2, titled THEY WERE EXPENDABLE.  I haven’t read it for sixty years, so in an act of faith or blindness to the future, I ordered a copy from Amazon.

Thus far the pandemic has changed my life about as little as it has anyone’s.  The main change is that Carol is always home, which bothers her more than it does me.  We were due to fly to Hilton Head next week to see the progress made on the condo.  That is not going to happen.  We are due to fly there just before Memorial Day.  That remains to be seen.

I am going to make a suggestion.  Treat the pandemic as I do a long passage, such as the 6,000 miles GANNET and I did between Darwin, Australia, and Durban, South Africa.  I didn’t permit myself to think about the end until it was near.  I focused on the next ten degree line of longitude and when I reached it I thought about the next.  I did that through one hundred degrees.  So don’t think about when this will end.  Think about getting through this week.  And then think about getting through next week.

In the meantime I amused myself by glancing through old photographs.

In no particular order. 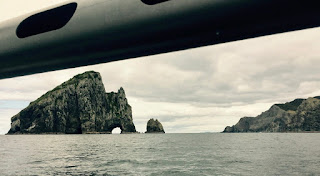 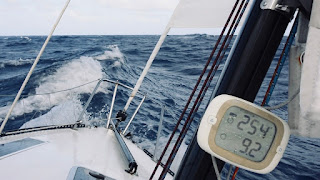 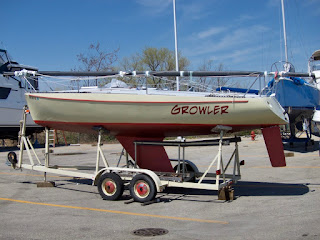 GANNET when she was still GROWLER.  This was the day she was delivered to me by the previous owner.  The time stamp is:  May 8, 2011. 10:27 AM, which sounds right.  Almost nine years and a circumnavigation ago.  it does not seem that long. 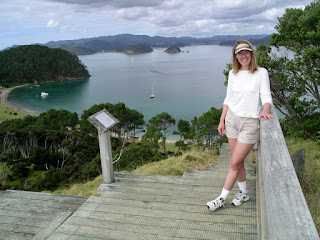 Carol at the lookout on Roberton Island, Bay of Islands.  THE HAWKE OF TUONELA is at anchor below. 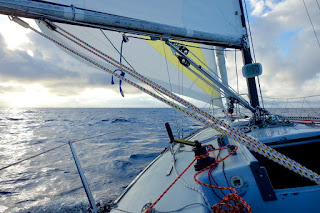 GANNET under sail on Lake Michigan.  I can date the photo by the old boom and mast which I replaced in San Diego. 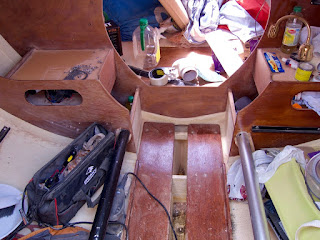 GANNET’s interior when I was refurbishing it just after I bought her. 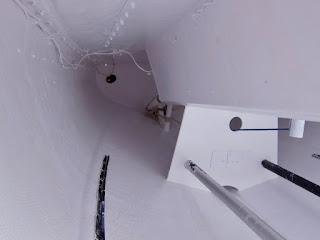 Looking aft when I first repainted the interior.  I got stuck back there for a while.

Sunset over Opua from THE HAWKE OF TUONELA’s mooring. 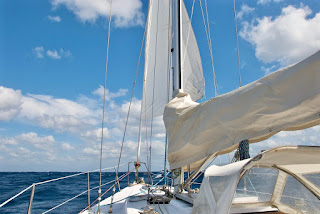 When I first looked at this I wondered why I had so little sail set in such light conditions, then I remembered I was deliberately sailing slowly on a passage from Darwin so I didn’t reach Bali before the start date on my cruising permit. 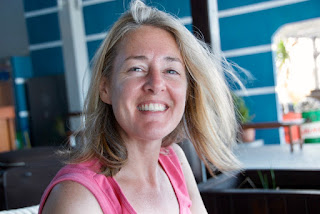 Carol again, now in Sky Tower Restaurant, Auckland.  For those who think I married her for her money. 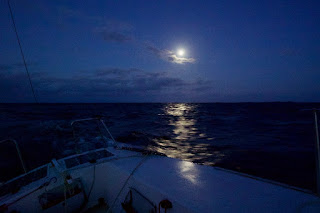 I love sailing for the wind in my hair, the beautiful views and the feeling of freedom. I'm still trying to explore my knowledge of this subject and read the advice of other people who, like me, are interested in sailing. I often check the blog https://sailbook.pl/.

Nice to Cape Brett. Am treating this lock down as a 30 day passage also. Not even half of the 69 day one Whangarei to Victoria nonstop. Life is good on Mason Bay in the Bay of Islands