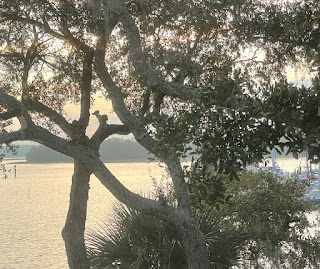 BookBud offers one of Graham Greene’s novels from time to time and I just finished rereading THE QUIET AMERICAN, which I first read several decades ago.  After Modiano it was a relief to read about characters of flesh and blood and not just wistful regrets.

Graham Greene was a fine as well as successful writer who I seem to remember never won the Nobel Prize for Literature because one man on the committee that awards the prize despised  him and effectively black balled him.

I was impressed that the book was published in 1955.  This was the year after the French defeat at Dien Bien Phu and their withdrawal from what became the divided Viet Nam, but early for Graham Greene to have seen so clearly what was still to happen.

After completing the book, I watched with Carol the film version.  It follows the book fairly accurately except for an inexplicably changed ending, but was less interesting because it is too wordy.  Odd that a film should be more wordy than a book, but the film has too many pontifical speeches that Greene was far too skilled and subtle to have written.

I recommend the book, but not the movie.

From Rob in Perth, Australia came a link to a Netflix series, Moving Art, now in its third season.  I must have missed it while crossing oceans in GANNET.  Unlike other nature documentaries there is no narration, only images, many aerial views, perhaps some from drones and others from airplanes flying breathtakingly close to cliffs and mountain tops, and a musical score.  I watched the episode on New Zealand, most of which was shot I believe on the South Island, though I recognize some places in the north, including a gannet colony and the Waitomo glow worm caves.  A beautiful film.  I will watch more.

Rob is a retired anesthesiologist and a skilled photographer, often of his Western Australia, which is one of the great beautiful largely unknown places  on the planet.  Australia is about the size of the contiguous United States.  WA is ⅓ of Australia but has only 1/10 of the population, about 2.5 million people, most in Perth itself.  There is great emptiness which appeals to me, but also wine country and a rugged southern coast.  You can view this beauty at Rob’s site.

I came across “Between Hurricanes”, an article about sailing from Hilton Head to the Chesapeake Maritime Museum in St. Michaels, Maryland, two years ago and have included it on the articles page of the main site.  I expect there are others I have mislaid along the way.

A dozen stitches were removed from my leg this afternoon.  Though unstitched I am glued and can’t resume my standard workout until the latest tapes fall off.

The small limb to center left of the photo looks to me like a cartoon character.  Perhaps a rooster.

Last evening we watched a raccoon searching along the waterline below us.