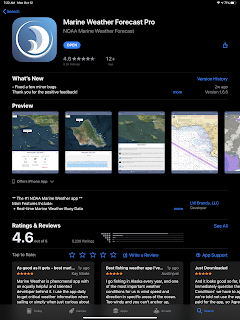 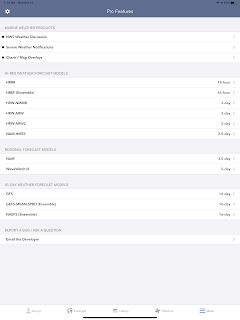 I downloaded the free version of the Marine Weather app to get buoy reports, which it provides quite nicely.  However, I found that there is a Pro version that costs $4.99 a year.  I upgraded and find it a great bargain.  The various forecasts and models easily available are shown in the second screen shot above.

The app is well designed and mostly intuitive.

I used a link to the developer to ask if there is a way to change reported wind speed from mph to knots and received a reply within a half hour.  At present there isn’t, but the developer says he will consider it in future updates.  I noticed in other app store reviews that his prompt response to queries seems standard. 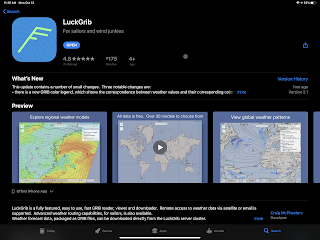 I have little confidence in long range forecasts, but soon returning to the hurricane zone I downloaded a 14 day GRIB this morning.  Here is a screen shot of what is projected for noon, Sunday, October 25. 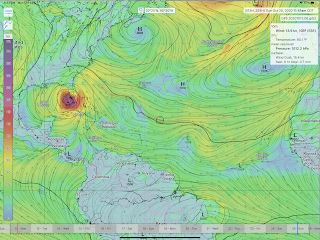 As is usual late in the season, that storm did not come off Africa but developed in the Caribbean.  The maximum winds are in the 70-80 knot range, a Category 1.  The wind information in the box at the right top is that under the small circle in the center of the screen.  The projected track takes it across South Florida and then offshore along the coast.

October 25 is a long way away and lots will happen between now and then, but I will be in Hilton Head and I will be keeping track of developments.

I found myself curious about how the man and his 9’ boat were doing and went to his website.  I deliberatively do not use his name or that of the boat because I don’t wish to give him publicity.  With one exception I am not going to make any comments or observations, just provide facts.  Draw your own conclusions.

He drifted out for a week, ran into some difficulties, turned back and eventually called the Coast Guard to tow him for 30 hours into Monterey, about 120 miles south of where he began.  He kept in touch with the land throughout. First with a Garmin Sat Phone until it was broken, then though email via his Yellowbrick.  At one point he writes,  “Another limitation of such a little boat is that there is no space to spread out the bedding to dry.”   Really?  I had no idea. 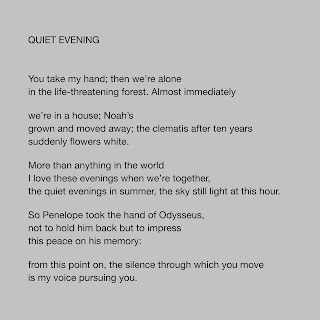