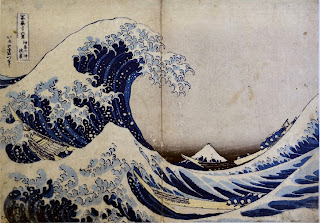 THE FALCON AND THE SNOWMAN.  Robert Lindsey

THE CHARTERHOUSE OF PARMA   Stendhal

A LONG PETAL OF THE SEA.  Isabel Allende

THEY WERE EXPENDABLE.  W.L. White

THE MAYOR OF CASTERBRIDGE.  Thomas Hardy

INDIANS OF THE PLAINS.  Eugene Rachlis

` THE SPLENDID AND THE VILE.  Erik Larson

SPAIN IN THEIR HEARTS.  Adam Hochschild

THE MAP AND THE TERRITORY   Michel  Houellebecq

Jay has gently corrected my description of the photo taken by his son Jimmy that I posted on Tuesday.  It is of the moon rising, not the sun setting, with color provided by Sahara dust, which had left Hilton Head before we arrived there.

You may have noticed that Shawn suggested in a post comment a few weeks ago that shaving cream might help prevent eyeglasses fogging when wearing a face mask.  I remembered to try this before we left on our flight to Savannah.  The results were inconclusive.  It may have helped for the first half hour or so, but not beyond that.  I can read without my glasses and removed them once we were seated on the plane.

Google Arts and Culture ran a feature on the Japanese woodcut master Hokusai, perhaps best known for The Great Wave off Kanazawa shown above.  I was amused to learn that he planned to live to be 110 when he was convinced he would do his best work.

He fully embraced old age and had big plans for each milestone.  “When I am 80 you will see real progress,” he said.  “At 90 I will have cut my way deeply into the mystery of life itself.  At 100 I shall be a marvelous artist.  At 110, everything I create:  a dot, a line, will jump to life as never before.  To all of you who are going to live as long as I do, I promise to keep my word.  I am writing this in my old age.”

Unfortunately he didn’t see 110 and passed away aged 88. On his deathbed, he apparently said, “If only Heaven will give me just another ten years...Just another five more years, then I could become a real painter.”