Hilton Head Island: bilged; prices; two poems; the better side of the Equator

I am just back from spraying a second coat of paint on GANNET’s bilge.

I went down yesterday and removed the floorboards and cleared the considerable debris that had collected in areas under them I cannot reach when they are in place. I don’t think of myself as messy, but the evidence proves otherwise.  After cleaning I sprayed the first coat from an aerosol can of Rustoleum.

I may be done painting for a while.

I have ordered a 3M restorer and wax that I have used before and will experiment to see if it mproves the topsides sufficiently so I don’t have paint them.

From Pat in Australia came a list of the thirteen boats he has owned and the prices he paid for them and for which he sold them.  Pat is among those of you with great woodworking and building skills and he usually made a substantial profit.

I found an inflation calculator online.  Here are some results.

I came across this poem in THE SEASHELL ANTHOLOGY OF GREAT POETRY.  I did not realize that the author also wrote,THE COLOR PURPLE, and I am not sure I understand it. 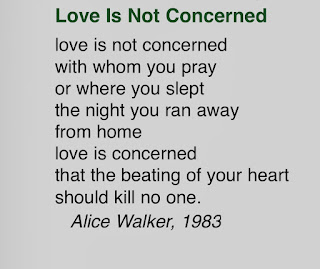 From Ken also in Australia came a recommendation for SHACKLETON’S FORGOTTEN MEN, the story of the other half of Shackleton’s expedition to try to cross Antarctica.  They landed on the opposite side of the continent and were to set out food depots to resupply Shackleton’s party on the last half of their planned journey after reaching the South Pole.  As is well known Shackleton’s ENDURANCE was destroyed in the ice and he never made the attempt.  The men on the other side did not know that and suffered terribly doing their futile duty.  Several died.  In the very readable book are quoted lines from St. John Lucas

We were the fools who could not rest

In the dull earth we left behind

And burned with passion for the South

And drank strange frenzy from its wind.

The deplorable events of yesterday speak all too clearly for themselves.  You may recall that I have long believed and have often said that the Southern Hemisphere is the better side of the Equator.  Some of you may remember that before the last Presidential election I wrote that if Trump were elected I would apply for political refugee status in New Zealand on the basis that I come from a failed state.  Four years later the case is much stronger.