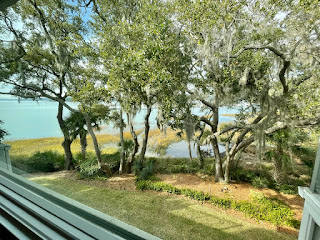 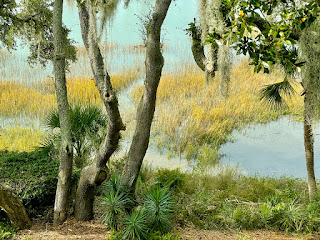 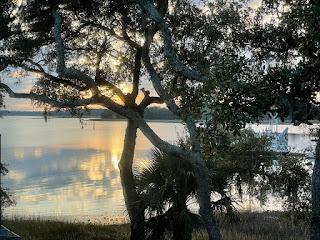 Eric pointed out to me that the number of deaths from this pandemic now exceeds the number of US combat deaths in WW II.  I was surprised to learn that.  I thought the number of casualties was higher and it is if non-combat deaths are included.  I was led to an entry in Wikipedia of interest in several ways.  Among them that it includes numerous military engagements of which I have never heard or read of.  Another is to scroll all the way to the bottom and see the number of military deaths as a percentage of the then population where you will find that the second highest percentage, exceeded only by the Civil War, was the American Revolution.
https://en.wikipedia.org/wiki/United_States_military_casualties_of_war
From Dana comes a link for which I thank him.  I quote the heading:
Enormous xylophone in the woods of Kyushu, Japan plays a Bach tune when a wooden ball rolls down each "key." An impressive piece of engineering.

An impressive piece of engineering indeed.  Worthwhile?  I don’t know.
I did not count that as my Bach for the day.
Although Apple tells me I don’t use oxygen sufficiently well to exercise, I resumed my full workouts a week ago, the day after the final stitches were removed from my leg.  I went to the 100 push-up/crunch level on Friday and have twice lowered my record for the entire routine, now down to 16 minutes 32 seconds, more than a full minute better than my best prior to the skin cancer removal.  Perhaps it was holding me back.
I decided to use the EEG app on my Apple Watch.  I followed instructions.  Held my arm steady with my finger on the crown for thirty seconds, at the end of which I was told that the EEG failed because my pulse is less than 50 per minute.  Sigh.  It has been at rest for as long as I can remember.  I am starting to think that I am beyond Apple.
Observant early viewers of the preceding post may have noticed ‘a poem’ as part of the heading—soon deleted—and then wondered why there was no poem in the text.  I forgot, but at least I realized that I forgot, so am perhaps not totally senile.
So here is the promised poem.  In fact two as a bonus, both by the Greek, C.P. Cavafy, one of which I have posted here before. 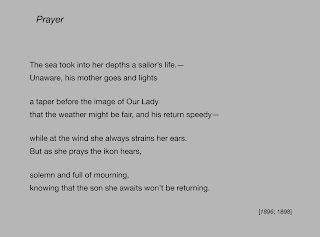 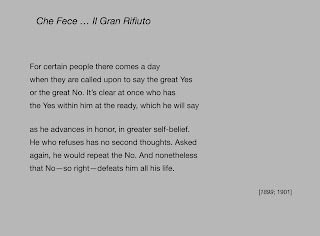