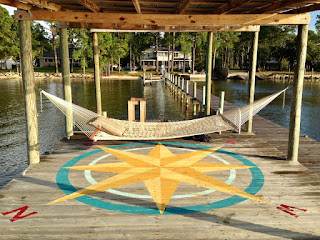 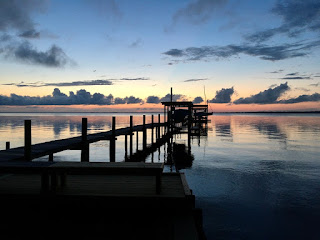 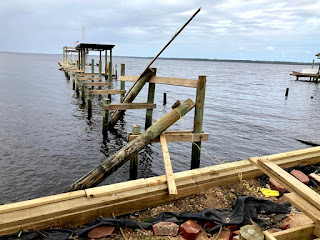 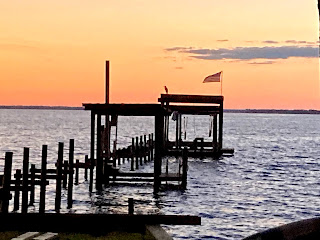 ‘Paradise Tax’ comes from Kent.  I like it.  This could also be titled:  The further adventures of Kent and Audrey.  Above you have before and after Sally photos of their pier.

I am told that the beautiful compass at pier’s end did not survive, but the hammock did.

Kent also writes:   when we built the Gun Deck in the Spring a few geckos took up residence right under where the pier crossed the shoreline. When pandemic hit we did our steps around the yard and out onto the pier, the geckos would pop their heads out and watch us walk by. They liked their shoreline fortress, safe from the ospreys. A week back I rebuilt the first 3 sections of pier and placed an orange safety cone, as a joke, out at the end of the 3rd section to alert our family that the pier ended at 30 feet vs 250. Screwed it down so the wind doesn't blow it away. My plan WAS to move the cone out further as each subsequent section got rebuilt, but a few days ago Audrey noticed that the gecko is now living in the cone.  So the new plan has us buying another cone to designate the pier end and leaving that cone there as a Con(e)do for the geckos. Not sure how I'll get the tool wagon past it but we'll figure it out. 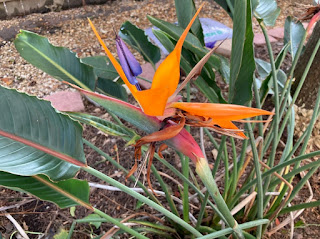 As you may know Tropical Storm Delta has formed south of Jamaica and is expected to become a hurricane tomorrow and head toward the Gulf coast, perhaps near Kent and Audrey.  They start storm prep this afternoon.  Though I don’t wish the storm on anyone else, I hope they are spared.   Paradise tax is high in the Gulf this year.

For more about Kent and Audrey’s clean up.

I received some kind emails about the last entry.  Among them one from Lee, who is about to head for Hawaii single-handed, under the heading ‘dissent in the ranks’.  He said I could quote him, so I thank him and all of you who wrote and do.

I disagree with the description in today’s post of how you should die. That is how you could die, and any such scenario would be an honorable exit. But how you should die is peacefully in your sleep, aboard your boat, at an anchorage or mooring of your liking, in a comfortable refuge, after a glorious passage. The ocean has waited, it has tested you, it has not yet slain you. I hope it never does.

I do like his version better than mine, but don’t know that I will be so fortunate.

Waring Cuney, as I have learned, was part of the Harlem Renaissance.  A few evenings ago I came across this poem of his in THE SEASHELL ANTHOLOGY OF GREAT POETRY. 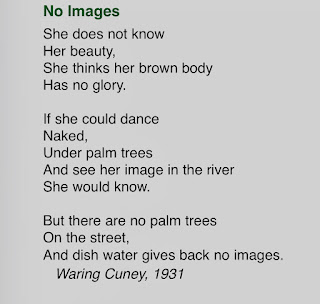