San Diego: the great and the big 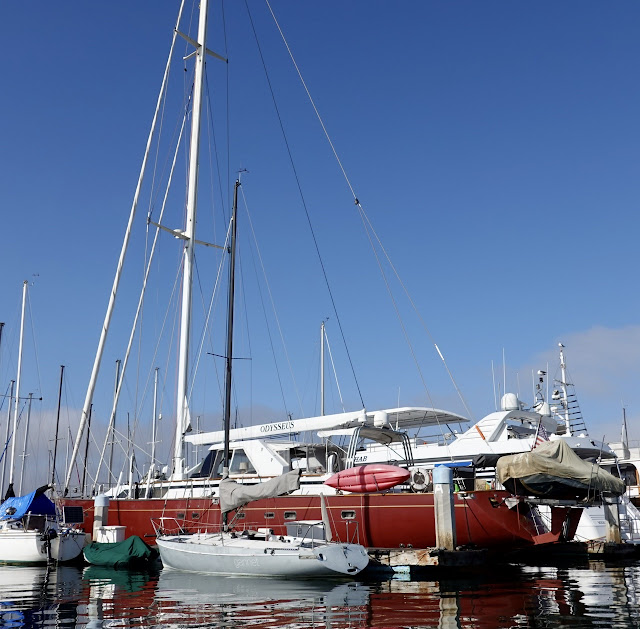 Just after noon.  I had a productive morning, completing three boat tasks and a row around the bait barge.  More sea lions than yesterday, mostly sleeping. 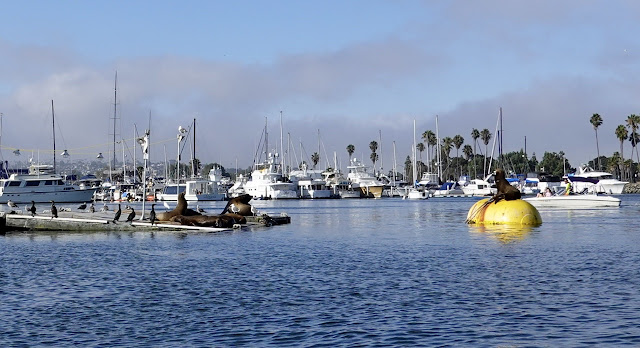 Of the boat tasks, I replaced the stern deck running light, cut off a couple of feet of the main halyard where the cover had started to fray and rewhipped the end, and maybe fixed a leak around the compass.  Maybe because I have been trying ever since I installed the new compass, which is the same model Plastimo as the old compass but had been redesigned so that it did not fit the old cutout.  Replacing the stern light was more complicated than it needed to be because Perko too had made slight changes.
Exhausted by my efforts I am taking the rest of the day off, though I may go for a walk on this another perfect San Diego day.
I almost forgot.  GANNET and I have also twice been run into by kayakers.
Posted by Webb at 2:47 PM

Being run-into by kayakers apparently will continue to be an issue.
I do hope you don't have the misfortune to be run into by "ODYSSEUS"! (However, I'll guess the likelihood is slight -- despite it's pretentious name and eye-popping size, I'm betting it doesn't get moving very often.)

You are correct. I don’t believe OSYSSEUS has left her slip for at least two years. Maybe longer.