San Diego: this is so great 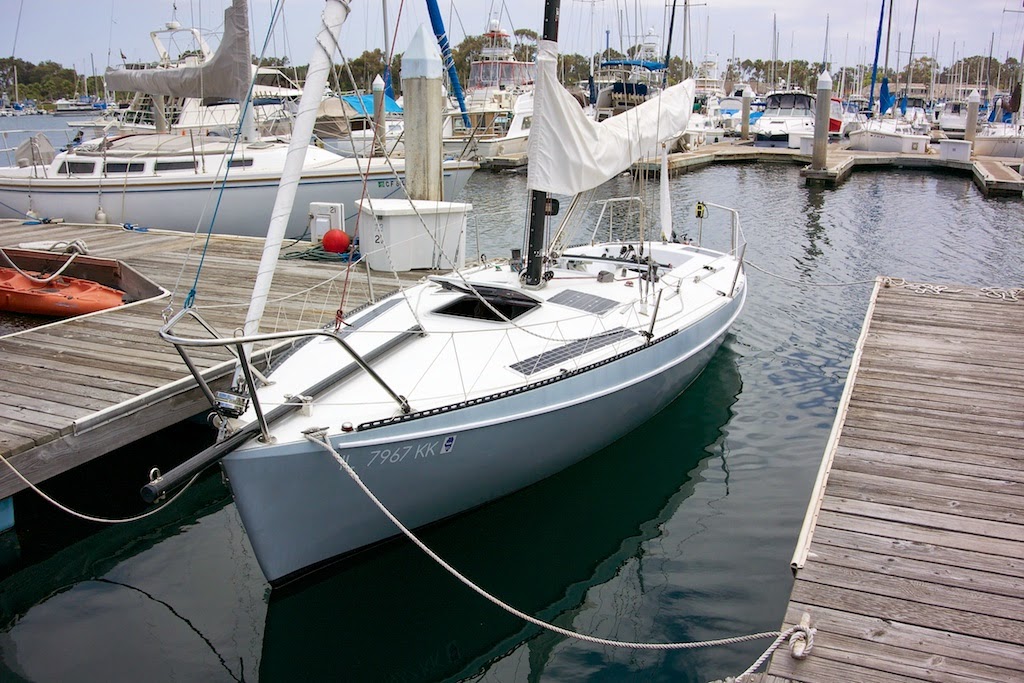 I planned for today to be leisurely—a brief trip to a supermarket; find the bilge pump; scrub the deck; a bike ride in the afternoon; music and a drink on deck, watching silhouetted birds at sunset; and so it is proving to be, after a brief alarm when I noticed that my solar panel regulator was not working.  I concluded that I had loosened a connection while stowing; and so I had.  Loose wire found, recrimped, panel again functioning.

------
I stood in the companionway last evening in the quiet darkness after sunset, sipping Laphroaig, surrounded by reflections on water, a cool breeze against my skin, and thought:  this is so great:  I am about to go to sea again.
Being here in this basin and nearby Mission Beach where much of my shore life has been centered going back almost sixty years has been a grace.  But voyagers voyage.
The water tanks are filled.  The duffles on the v-berth tied in place.  The Torqeedo is on the outboard bracket.  Different sources give different opinions about the wind.  The worst of these is not severe, only inconvenient.  I’ll adapt to whatever I find out there.
The Yellowbrick has been set to update positions every six hours.  The tracking page is:  http://my.yb.tl/gannet.  You should see movement by 1800 UCT tomorrow.
I expect the passage to Hilo to take seventeen days, plus or minus two.
The next entry should come from 2,000 nautical miles west.
I wish you joy.

Below is a release, including two photos, to be dated May 20 I’ve sent to CRUISING WORLD, LATITUDE 38, SAIL and SAILING ANARCHY.  If you wish to send it elsewhere, you are authorized to do so.  Photo credit should be given to Steve Earley:

Webb Chiles, 72, five time circumnavigator and the first American to round Cape Horn alone, sailed from San Diego, California, this morning on his 24’ sloop, GANNET, beginning what will, time and chance permitting, become his sixth voyage around the world.

GANNET is a Moore 24, the first ultra-light displacement class built in the United States.  Moore 24s have often been successfully raced from California to Hawaii, but no one has ever before attempted to circumnavigate in one.

Chiles will sail first to Hilo, Hawaii; then make his way across the Pacific Ocean to New Zealand where he will decide whether to continue west or turn east for Cape Horn in 2015. 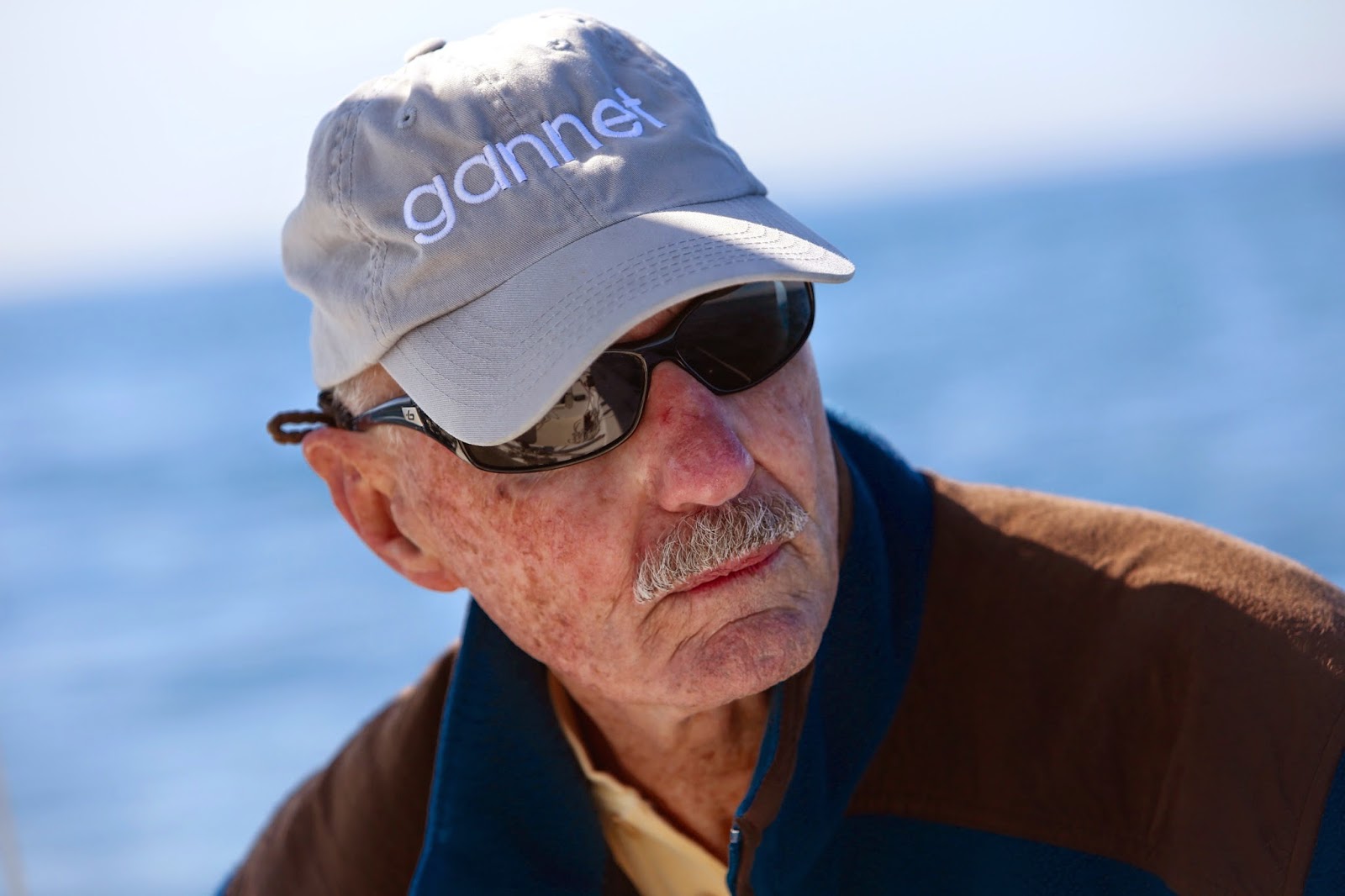 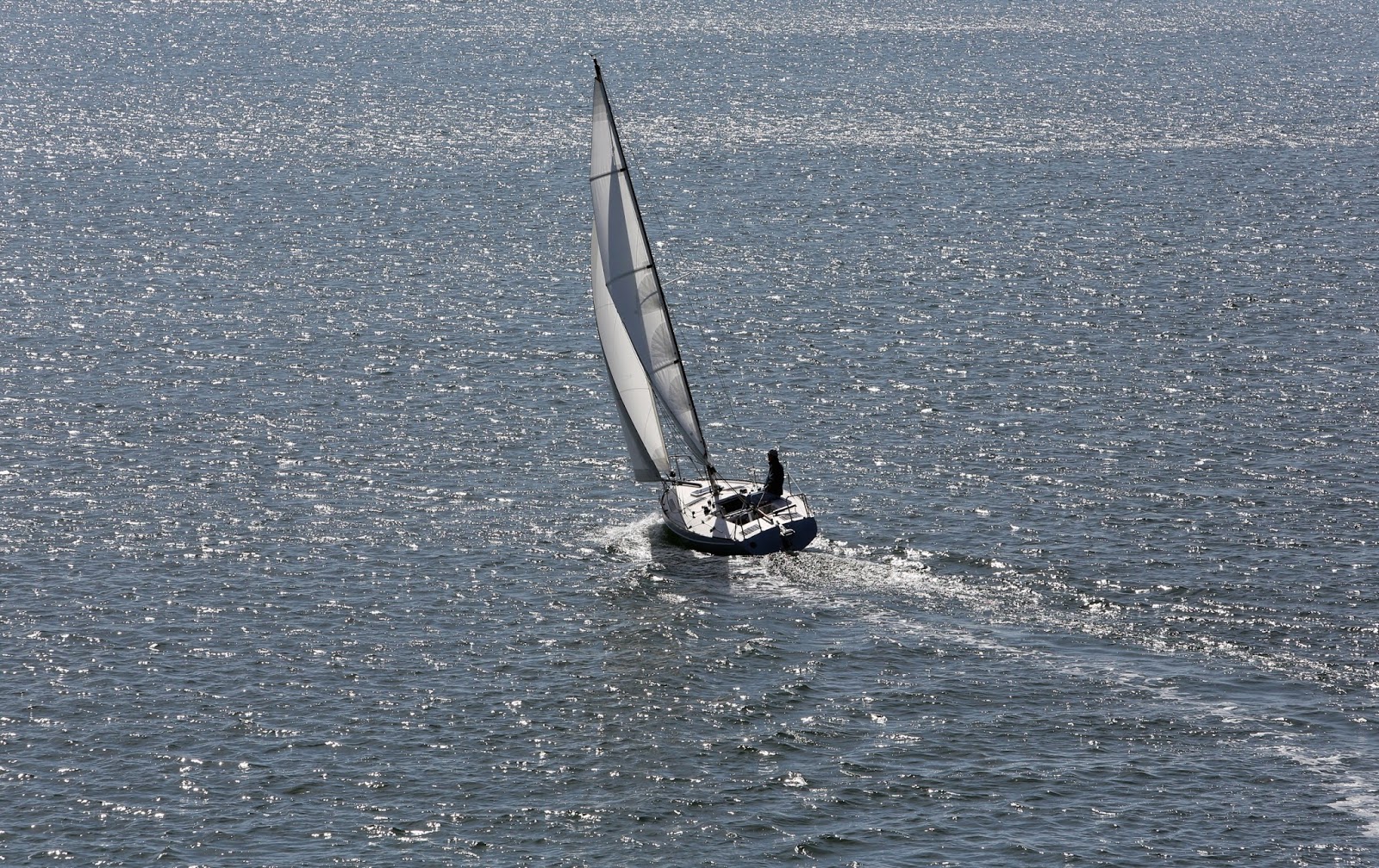